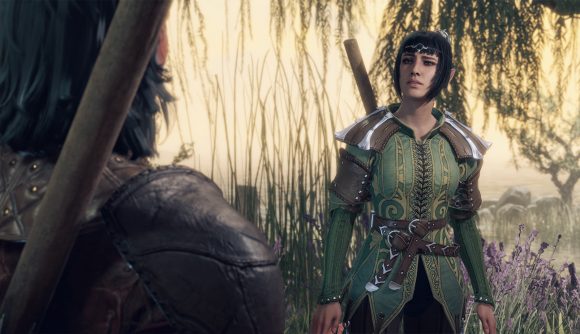 The first thing everyone asks when a new RPG comes around is ‘who can I have sex with?’ The closer the answer is to ‘everyone’, the happier the world is. Baldur’s Gate 3 offers plenty of romance options, and it seems Early Access players have been eager to see them through. The vast – vast – majority of players have chosen to bone it down.

“1.37% of players chose to sleep alone,” Larian says in a blog post breaking down the romance data, “Which is cool too!” (You can probably figure out the reverse side of the math.) The biggest romance pick is Gale, who’s been chosen by 33% of players. Shadowheart falls in second place, at a 31% share of players’ hearts. The devs aren’t disclosing exactly how the rest of the stats break down, but it seems like anyone is a preferable option to chastity here.

In more wholesome stats, 400,000 players have petted the dog. That’s not nearly enough, but it’s a start.

Oh, uh, also, there’s a patch! It fixes some broken cutscenes, a selection of crashes, and makes a host of other improvements. Look, Baldur’s Gate 3 is still an Early Access game – updates aren’t that interesting, but sex stats definitely are.