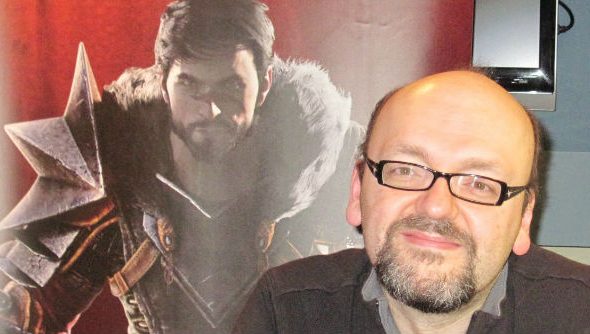 Having recently departed Bioware after almost two decades of service, David Gaider is now the creative director at Beamdog – they who brought us Baldur’s Gate: Enhanced Edition. For now, Gaider’s next project remains under wraps however it seems that doesn’t necessarily mean he wants a clean break from Forgotten Realms altogether.

If role-playing is your thing, you’ll love our list of best RPGs on PC.

Speaking recently to ZAM, Gaider was asked if he’d be returning to the Baldur’s Gate franchise in his new role at Beamdog, to which he said his next project is “not guaranteed to be Baldur’s Gate”, although admitted he couldn’t talk about it until it’s announced.

When then asked if he’d like to return to the series, however, he said: “Absolutely! “I’ve always loved Dungeons and Dragons. And I think I’ve been away from it long enough that the sort of ennui that I had built up is gone and new things are rolling around in my head…Who wouldn’t want to take on the challenge of being in charge of the next version of that?”

Speaking to Dragon Age, Gaider admits that although difficult to leave something like that behind – he’d been off the series a year prior to departing Bioware, too – he knows it’s now in safe hands.

“Leaving Dragon Age behind and leaving BioWare behind are two very different things,” he says. “As much as I wanted to stay and loved the setting, I knew I was getting tired and I didn’t really have a lot of new ideas. So as hard as it was to turn it over to somebody else, I think I knew deep down that it was time, and that it was the best thing for series.”