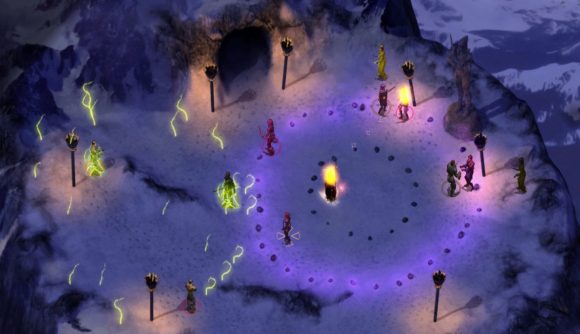 Developer Beamdog initially released the Baldur’s Gate and Icewind Dale enhanced editions back in 2012 and 2014 respectively, and it’s been quite some time since we’ve seen an update for either of the RPG games. But now, out of the blue, the studio has announced (via PCGamer) a huge update for both titles is coming soon.

Update 2.6 brings some significant changes with it, such as improved pathfinding and multiplayer stability, French text localisation for Baldur’s Gate II, hundreds of bug fixes, and a switch to 64-bit executables, which means 32-bit operating systems will no longer be supported. The pathfinder fix should also help with an annoying bug that saw players’ characters get stuck on top of eachother.

Beamdog is asking for players to test out Baldur’s Gate: Enhanced Edition Update 2.6 to make sure it launches and saves correctly. So, if you play the game on Steam, be sure to opt into the beta by heading to ‘properties’ then checking the ‘beta’ box. If it all works – or doesn’t – be sure to let Beamdog know via the official Beamdog forum.

You can take a look at the full Update 2.6 patch notes and join the testing fun via the tweet below:

We're on the Road to the BIG 2.6 Patch! To get there, we need your help to test our #BaldursGate Beta on Steam!