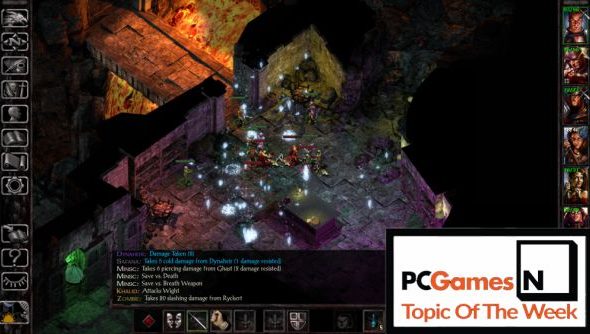 In the wake of the controversial Baldur’s Gate: Siege of Dragonspear, we’ve been thinking about expanding old games. Specifically, which of our childhood and teenage favs could use an update that remained faithful, used the same engine, but told a new story within that world?

Probably a whole bunch of the best RPGs ready to get mentioned here.

Avoiding the obvious, my pick is Ground Control 2. Not least because it ended on a massive cliffhangar, but one of the factions was never made playable. Lots of natural storylines to tell there, along with clearing up what exactly happens to all the main characters who arefired off into space while the hero is left to die on a planet. Come on Massive, sack this Division stuff off, clearly it hasn’t gone very well or sold that many copies, and tell me the rest ofJacob Angelus’ story.

I’ve had that rant in me for twelve years. Ahem.

But what about you? Which games of distance past need another tale told, or represent a missed opportunity? Which worlds do you want to return to in their original form with new bits, not some upscaled HD or totally different remake? Let us know in the comments.