“That’s not a videogame,” I hear you screaming in burning rage at your computer monitor, hot spittle causing dead pixels to appear. No, it’s not, but it is something fun for a Thursday afternoon. Calm down and look at Mattel’s interpretation of game developers as part of their new, more diverse range of dolls.

Of course, if you ARE here for digital entertainment, here are the best PC games ever to satiate you.

The Evolution of Barbie was announced today as part of Mattel’s plan to update their most famous range of dolls to something a little more aware of current culture. Far from every single one being a medium height, thin, blonde, white girl, they’re expanding to include three new body types and a more diverse batch of dolls all round. Good for everyone, from collectors who will have even more variations to buy through to young women who want a doll that’s more like them.

Including if they want to be game developers, which is getting Barbie’s much lauded (we assume) Career of the Year slot. It’ll be hitting stores this summer and looks like this: 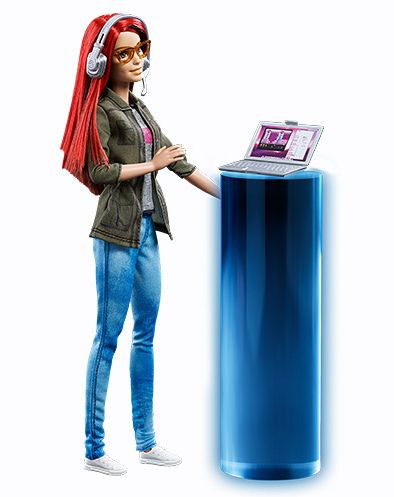 Let’s break it down:

Overall: good work by Mattel. If you (or your kids) want one, you can read more about them on the official site.