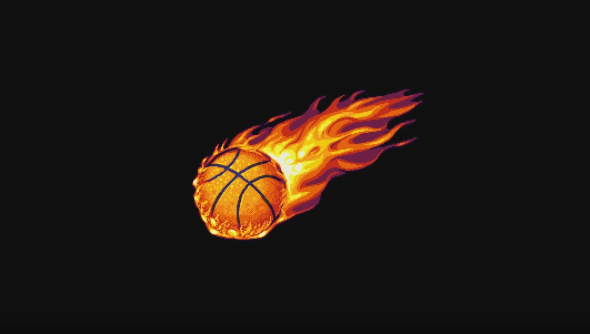 Two things are required in every post about Barkley 2. First we ruminate on its full title and possible ramifications: The Magical Realms of Tír na nÓg: Escape from Necron 7 – Revenge of Cuchulainn: The Official Game of the Movie – Chapter 2 of the Hoopz Barkley SaGa. As implied somewhere in there, it’s a sequel to Barkley’s Shut Up and Jam: Gaiden, an incredible JRPG created many years ago as both a good free game in its own right and a series of basketball jokes. Second, we must link to this song. Jam’s prepared, you’re ready for the latest trailer.

That may all seem a little familiar, brilliantly. Quite how serious the release date at the end is remains to be seen, though having been Kickstarted there’d be one or two angry backers if so. It was originally meant to launch in 2013 but now looks more likely to hit three years later. The game will be playable at PAX Prime this weekend, however, so look forward to some more up to date impressions coming out of that.

It is worth playing those two trailers side-by-side, incidentally. There’s some real love been put into that recreation and though it took me until the end to get it, I was choking with laughter when I did. It was put together by an outfit called Reload Last Savewho I hadn’t heard of before. They do Let’s Play and comedy stuff, mostly. Their twitterhas a bit more info on how the trailer came together. Developers Tales of Games also confirmed the cosplay seen at the end would be at PAX along with the game.