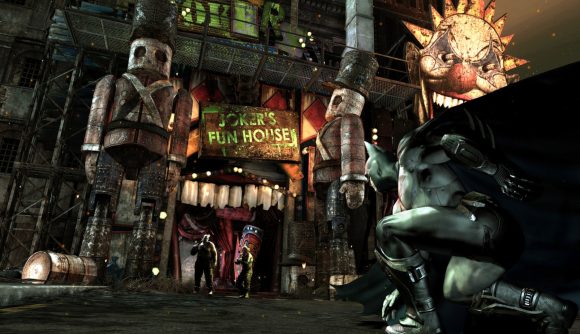 Some of the most beloved Batman videogames have made their way to GOG. The entire Batman Arkham series of action-adventure games is now available DRM free through the GOG store.

The quadrilogy was quietly included in a listicle on the site, revealing that fans can now purchase the detective games alongside a host of other Dark Knight misadventures. Batman: Arkham Asylum, Batman: Arkham City, and Batman: Arkham Knight are the main attraction, a trilogy developed by Rocksteady Studios that gets grander as it goes. Whether Arkham Asylum or Arkham City is better is a contentious argument we won’t get into (it’s Asylum), but all three are worth your time for some caped crusasing.

Batman: Arkham Origins, then, is a bit of an odd duck. Developed by WB Montréal instead of Rocksteady, it’s a prequel to Arkham Asylum that doesn’t feature Paul Dini as writer, nor Mark Hamill and Kevin Conroy as the voices of The Joker and Batman, respectfully. The reception to this one is more mixed, and it’s not quite on the same tier as Rocksteady’s games. Makes for a pretty good Christmas game, however.

Both Rocksteady and WB Montréal announced their return to the DC universe this year, revealing Suicide Squad: Kill the Justice League, and Gotham Knights. The former has the anti-hero brigade fronted by Harley Quinn facing Superman and the rest of DC’s supergroup, and will arrive in 2022, and the latter entrusts the Bat-family to watch over Gotham after Batman dies.