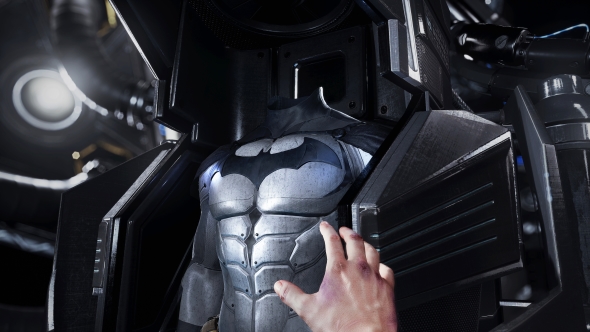 Batman: Arkham VR, Rocksteady’s virtual reality entry in the Arkham series, is finally abandoning its PS4 exclusivity and making its way to PC.

Be transported to new worlds with the best VR games on PC.

If you’ve got either a HTC Vive or Oculus Rift setup, you’ll be able to play Arkham VR on PC from April 25. The game supports Oculus Touch and the Vive controllers, which comes as no surprise considering how fundamental the PS Move controllers are to the PlayStation version. Should you not have such devices, the game also supports gamepads such as the DualShock 4, the Xbox One controller, and the Steam controller.

If you’ve got a VR headset and haven’t had chance to play Arkham VR on PS4, then I highly recommend you grab it. If you’re a fan of the Dark Knight, then double that recommendation. I’ve never felt more immersed in a character than during the hour I played of Arkham VR; using the Batcomputer in the Batcave is an absolute joy, and there’s something truly unsettling about meeting the Gotham rogues gallery face-to-face in VR. It’s genuinely wonderful stuff, and probably the best look at what mainstream VR will likely look like should it catch on.