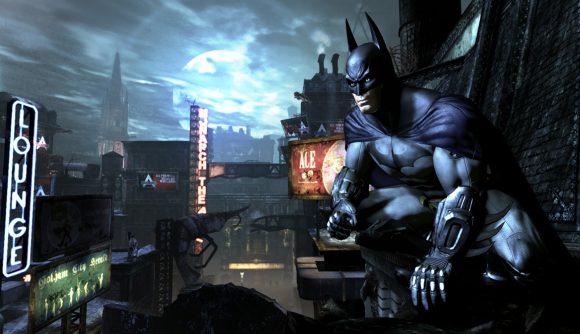 The next Batman game is coming, but while its developer – WB Games Montreal – has been teasing an announcement for months, it’s still not actually official yet. Today, the studio says it’s going to be using its social media channels in the near future to tell you more about the company and its developers – but it’s pointedly not going to be talking about its next game just yet.

“Thank you very much for the enthusiasm for our next project,” WB Montreal says on Twitter. “At this time, our channel will showcase the studio: Who we are and why we love making games! So stay tuned!” It’s just the fourth tweet from the devs this year. Earlier this month, the studio tweeted a job listing, and in January, a pair of teasers revealing what appears to be a new Batman Arkham game logo.

WB Montreal developed Batman: Arkham Origins, a solid-if-not-particularly-exciting prequel to Rocksteady’s main series. Rocksteady itself is working on something original, and industry insiders have reported that Warner Bros. had planned its first E3 press conference this year to announce those two games and a new Harry Potter title, before the convention was cancelled.

E3 2020 was scheduled to take place in early June, so it’s likely WB will have replacement news events around the same time. Geoff Keighley’s Summer Game Fest lists WB Games as one of its partners, and popular speculation among fans has been that WB will announce its lineup as part of the event.

Thank you very much for the enthusiasm for our next project. At this time, our channel will showcase the studio: Who we are and why we love making games! So stay tuned!🎮

Upcoming PC games will not stop, even without an E3 to house them.