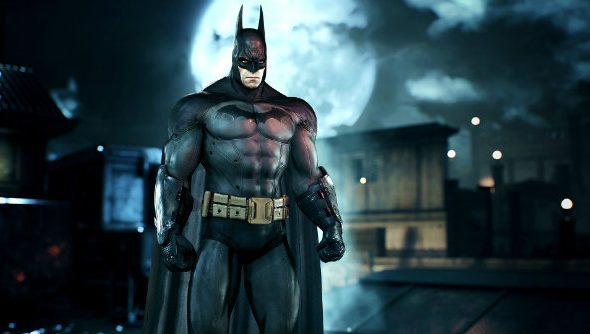 Just because Rocksteady are done with Batman, it doesn’t mean Warner Bros are hanging up the cape and cowl. You can still batter other DC characters in Injustice: Gods Among Us, and the LEGO Batman games have you covered for some of your wilder batfantasies, but don’t rule out a return to the Arkham series just yet.

Ames Kirshen, vice president of product development for the Arkham and DC Comics games at Warner Bros, recently had an interview with the PlayStation Blog where he reassured them that we’d be seeing more of the violent vigilante in the future.

“Batman is one of the cornerstone IPs for Warner Bros,” says Kirshen. “With the Arkham series, we were finally able to realise the full potential of the character.We don’t have anything to talk about at this time, but the possibilities are endless with a character as dynamic and beloved as Batman.”

Could this mean we might see more Arkham games? I’d put money on it.

And I’d put your money on it being developed by Avalanche Studios – not my money, just in case I’m wrong. Avalanche essentially just had a trial run with Mad Max, after all; it’s an open-world, it has a car and shares the fundamentals of the Arkham combat system. It just fits, doesn’t it?

Which studio would you like to see tackle the Arkham series and why? Let us know in the comments?