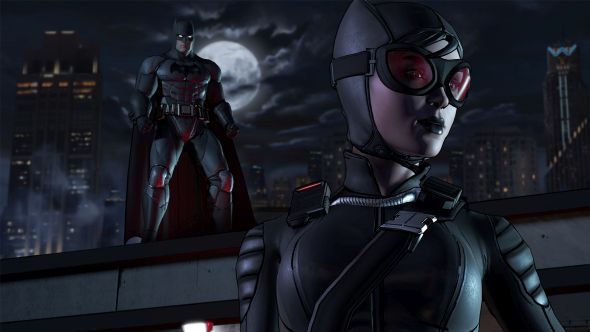 The latest Telltale game is also possibly their most exciting in a long time, with DC’s Batman taking center stage as Bruce Wayne and his alter-ego come under our malign decision-making influence. Telltale have released the first in a new series of half-hour videos interviewing the team to discuss the game, this time with Telltale CEO Kevin Bruner, executive producer Sean O’Connor and editor in chief of ComicVine Tony Guerrero.

Find out tonight if Telltale can regain a place on the best PC games[https://www.pcgamesn.com/best-pc-games] list.

It’s hosted by Greg Miller, who you’ve probably seen doing this kind of thing before:

As for when you can play it, Steam sets release at about nine hours from time of writing. Here’s when that is in various timezones:

It’s running with a 10% discount until then, setting it at £17.09 / $22.49 / €20.69. We’d assume it’s coming out on consoles at about the same time, if you prefer your decisions controller based, though Mac support won’t be until “later this week” according to the Steam description.

Telltale fans, or the lapsed, where does this one sit on your excitement scale? Let us know below.