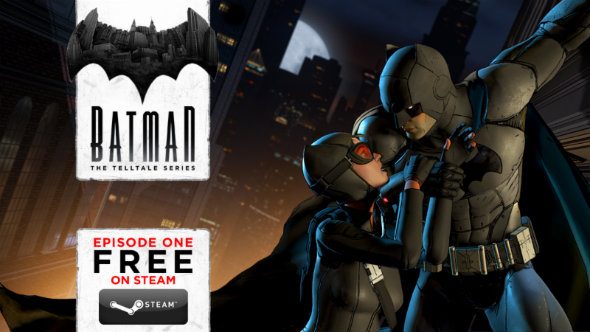 Batman – The Telltale Series Episode 5: City of Light sees the Caped Crusader’s moody adventure come to an end tomorrow, and you can now don the cowl for free, as the first episode is downloadable on Steam for zero pence. Check out the trailer for the season finale embedded above.

Grab more stuff for nowt with our list of the best free games.

According to Telltale, players will start Episode 5 in very different places depending on what choices they made in Episode 4.

“In Episode 5, the leader of the Children of Arkham prepares to execute the final act of a plan to destroy the Wayne family name, and the people closest to you are in their path of vengeance,” says the official blurb.

“Can Batman’s ultimate secret be kept – his very identity – when it is causing chaos and death in Gotham? The fate of the Wayne family and of the city itself rests on your choices. What will you do? How far will you go? Which mask will you wear?”

Telltale have also released a performance patch for the Steam version of the game, making it support a wider range of PC configurations as well as adding more graphics options.

Batman – The Telltale Series is on Steam at that link, and the final episode will be available to download on December 13, which is very, very soon if you live in the UK.