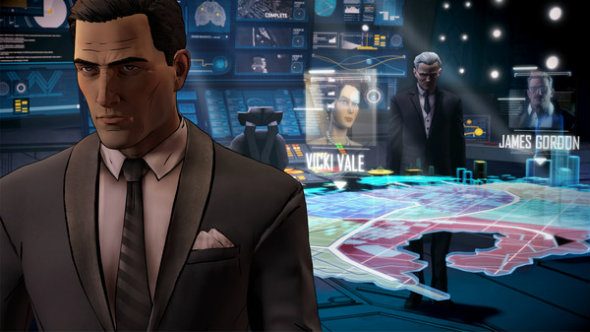 Update August 4, 2016: Telltale have released a patch in response to Batman’s performance issues.

As people were theorising, Telltale’s Batman’s performance problems were down to the game running on integrated graphics by default. Telltale have fixed this, and say the remainder of the issues were likely down to outdated drivers.

You could get you fix of moral quandaries in our list of the best RPGs instead.

“We are aware that some users have experienced performance issues with Batman – The Telltale Series on Steam when playing on PC,” says the Telltale Steam post.

“Investigations indicate that many of these issues appear to have been due to running the game on integrated graphics cards rather than dedicated, or were the result of out of date drivers. Special thanks to those in the community who have already helped others resolve these issues before a patch could go live.”

The new patch automatically defaults the game to run on your dedicated graphics card. Additionally, there’s a new setting available in the graphics options, allowing you to choose between high quality or high performance textures. Players having issues are asked to select the latter.

Players are also asked to update their drivers.

Original Story August 2, 2016: Considering how much high-tech gear Batman deploys on a daily basis, it’s kind of ironic how he keeps coming up short on PC. Telltale’s Batman has flapped onto Steam today, but it has since flopped, with more than half of the reviews calling it an unplayable mess.

Take a look at the Batman – The Telltale Series Steam page. It is absolutely riddled (sorry) with bad reviews.

Among the complaints are frame rate issues (a staple for any Telltale game previous), issues setting resolution, graphical bugs, a lack of settings, lag, the game being out of sync with the sound, and quite a few users report their mouse cursor getting restricted to an invisible box in the top corner of the screen.

This is a bit of a superhero force kick to the groin for players, especially since Telltale made such a noise at the reveal about all their engine improvements and how they were pushing the technology.

It is worth noting that Matt, our reviewer, says he’s had minimal issues. He says he’s played it fine at 1080p and 1200p, at 60fps, though he had to set the resolution as it defaulted to 400p.

Some are suggesting that the game is defaulting to integrated graphics, hence the issues, but that’s so far unconfirmed. Either way, with over half of Steam’s players reporting problems, maybe just hold off for now and buy it some other dark night.