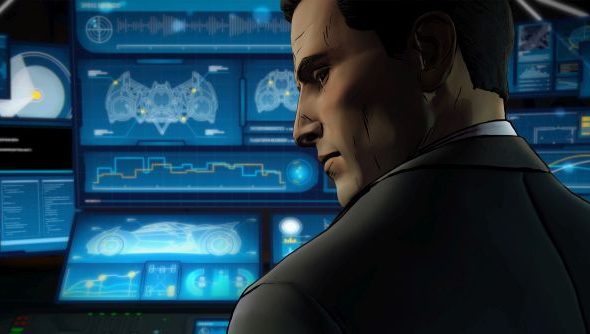 There’s been waning excitement for Telltale games over the past couple of years as the magic of that first season of The Walking Dead wore off and followups were sometimes lackluster, sometimes too common to feel unique. Their shot at Batman looks to be a return to form, at least as far as public perception is concerned, and the head of creative communications Job Stauffer confirmed last week that we’ll get to finish it in 2016 should it hit schedule.

As upcoming PC games go, it’s near the top.

The confirmation came in response to a GamesRadar tweet saying it would definitely be out by then, with Stauffer clarifying that was the aim, but live development was difficult to predict.

He went on to say “you will play the majority of the series this year, if not all of it” and reconfirmed that things will kick off “later this summer.” That puts it into July/August, two months that are looking fairly barren for releases after the ridiculous start to the year.

It’s a shame we don’t have more exact dates on when episodes will be launching, as that’s always been one of Telltale’s weaknesses. The live development that Stauffer mentions means that they get to react as the episodes release, but has left players uncertain about the series in the past.

How do you think Batman will rank on the Telltale tier list?