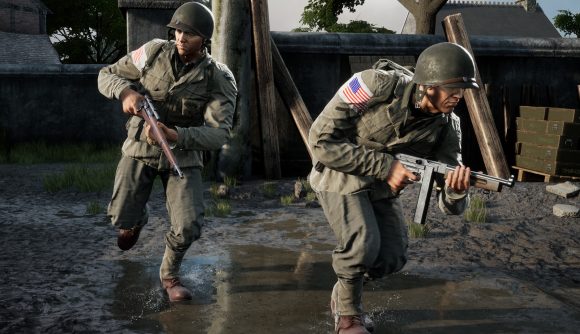 Battalion 1944 left Early Access a few months ago, and fan sentiment, player count, and sales numbers have all been broadly positive since the proper launch. The developers at Bulkhead Interactive have noted plans to keep the updates rolling well after Early Access, and they’ve finally offered up some details on how those updates will roll out.

Large, seasonal updates will come “roughly” every eight weeks, and will feature new arcade and event game modes, new BattleRank seasons with unique skins, fresh War Chests with new items, and large map reworks. There will also be bigger community-requested features, bug fixes, and other “surprises” in these seasonal releases, according to the announcement.

There’ll be mid-season updates roughly halfway through each rotation that’ll offer balance changes, animation and audio improvements, quality of life features and bug fixes, and the opportunity to playtest new map reworks. Then there are the weekly updates, which will feature the usual hotfixes and map changes for the Special Event rotation.

The Summer Seasonal Update will kick off the new features on August 1, and the developers plan to release details on that first update soon. Additionally, a double XP weekend is currently underway until Monday.

All this also builds up to a “huge” content release early next year, which will have a broad set of competitive map reworks and loads of attention for the British faction alongside the usual seasonal features.