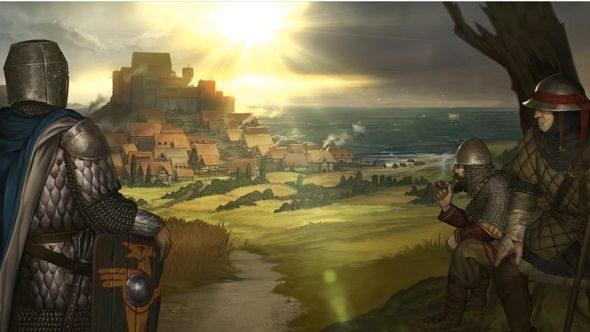 Slowly drilling its men and building a force to rival any army, Overhype Studios’ Battle Brothers is almost ready for combat. Putting players in charge of a medieval mercenary company, Battle Brothers give players free reign to take up any contract, take their company in any direction and lead them to victory.

For strategy buffs, look no further than our definitive list of PC strategy games.

Besides the biographies for the various mercenaries, the action in Battle Brothers is really up to the player to orchestrate, with their band of fighters moving from contract to contract. You can develop your individual soldiers without the restriction of a hard and fast class system, so you can really go to town on making your own unique army.

Death is permanent in Battle Brothers, so treasure your finest warriors and make sure to go into battle prepared. Your soldiers can technically come back as undead, but they will be looking to feast on your flesh, rather than fight on the frontline. You’ll have to prepare for an eventual undead uprising, as well as a greenskin invasion and a war between two noble houses in the end-game, so there’s plenty of opportunity to make some coin

As it has been on Steam Early Access for quite a while, Battle Brothers has been polished to a mirror sheen through constant updates and player feedback. Overhype are planning to continue support past the 1.0 update, so look forward to more content for Battle Brothers after the March 24 launch.

Battle Brothers is available to purchase on Steam for $19.99/£14.99. Mercenaries who want to further support Overhype Studios by buying either the Deluxe Edition for $24.99/£19.99 or the Supporter Edition for $34.99/£29.99. The Deluxe Edition comes with a copy of the game’s soundtrack while the Supporter Edition comes with the soundtrack, a digital lorebook and the first piece of DLC named the Fangshire Helm.