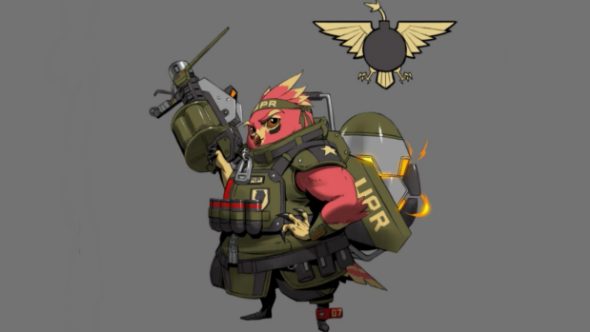 You may have forgotten about Battleborn, but Gearbox sure haven’t, as they continue to release new playable characters for the genre-defying shooter including Ernest.

Ernest, a grenade-launcher-toting bird-of-war, was revealed on a Twitch stream with creative director Randy Varnell and character designer Jett Sarrett.

The angry bird (not an Angry Bird, though) fires triggered grenades instead of grenades that explode on impact with surfaces while his ultimate is a large egg which dispenses proximity mines over a wide area. He can also buff allies’ attack or defense in an aura around him.

You can see some chat about how he works, along with gameplay at around 18 minutes, in the below VoD: