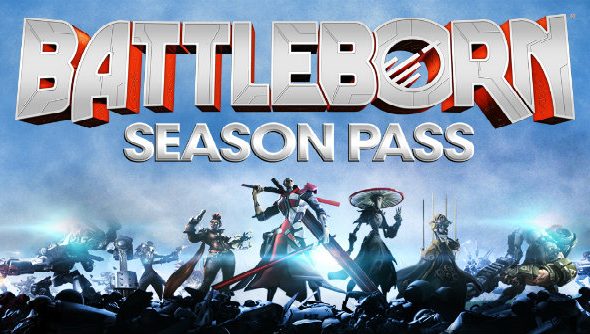 Battleborn launches with a roster of 25 playable heroes on May 3, 2016, and there’s an open beta due to land before then, but 2K are thinking beyond that and have laid bare their post launch plans for the upcoming hero shooter.

They might be planning on supporting Battleborn after launch, but will it be good enough to find its way onto our list of PC’s best FPS games?

Following its May release, Battleborn will introduce five new characters for free, bringing the roster up to 30.

The first of the five new heroes will be Alani, a member of the Eldrid faction who was raised as a healer, but life events forced her down a the path of the warrior. That’s not to say she’s forsaken her early training altogether, though, as Alani will heal friends just as easily as she can dish out water-based elemental damage on her enemies.

As for paid content, five new add-on packs will release sometime after launch. Each pack will cost £3.99 and include a PvE Story Operation, exclusive skins and taunts. These PvE Operations can be played solo, or cooperatively online and splitscreen with your friends, as you experience new side stories in Battleborn’s universal extinction setting.

All five packs can be purchased as part of a Season Pass for £15.99, or you can grab a Digital Deluxe Edition of Battleborn for £62.99, which includes the game plus the Season Pass and additional cosmetic customisations.