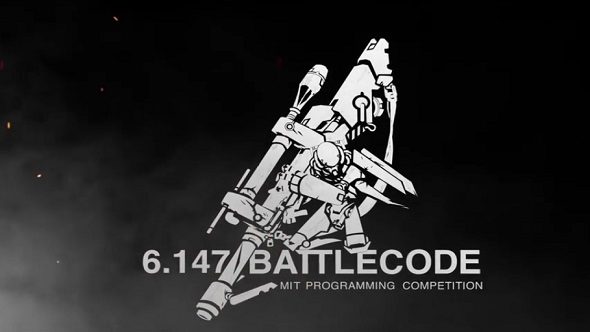 A class on MIT’s computer science course has students and hobbyists building their own AIs to fight each other in a custom built real time strategy game called Battlecode. It acts as the university’s longest running programming competition, where teams go head to head with their pre-built AIs to see whose is the most combat effective.

For some more hands-on strategy, here are some of the PC’s best strategy games.

The actual game of Battlecode is real time strategy boiled down to its base elements: you have a robot army, a variety of weapons and some resources, with your goal being to manage those resources in order to defeat the enemy. It’s the goal of each team to program their AI so it can successfully adapt and defeat its fellow AI opponent.

Teams are given the rules and are set to work in early January, with scrimmages and competitions running throughout the month. At the end of the month, teams are entered into a final competition where the AIs will battle to see whose program is the most efficient. This event has a whopping $50,000 prize pool and is even streamed on Twitch, with this year’s finals happening only yesterday, live from the Kresge auditorium on the MIT campus. Do be aware that if you are planning to enter, only teams of all students are eligible to receive cash prizes, so don’t go gather that programming superteam unless you’re planning to attend MIT.

As for students trying to get a class credit, passing the class requires programmers to either submit a strategy report or by defeating a reference player on a map of your choosing. It’s the first class I’ve heard of where you have to win a ranked match in order to pass. I can only assume rage quitting results in an instant fail of the course.

With Google’s DeepMind AI planning to compete in StarCraft 2 in the near future, I imagine Google may be getting a few ideas and potential technicians by watching those competing in this year’s Battlecode competition.

If you are at all interested in giving Battlecode a try next year or just learning more about programming basic AI, the game is free to download off the Battlecode website, which contains tons of resources on how to set up and play.