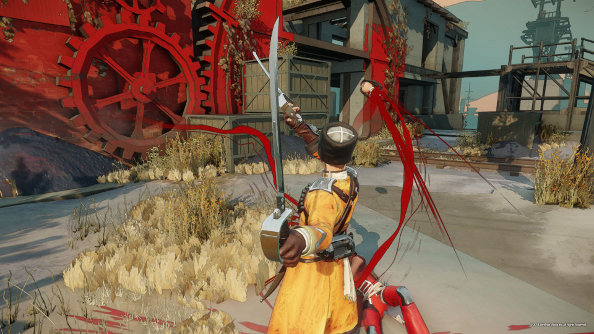 The end of the year is approaching, which means it’s actually been quite a while since E3. This also means it’s been a while since we heard from Battlecry, the free-to-play game that was last seen at LA’s huge gaming show.

Looking for a free game to play right now? Try one of the 101 best free games on PC.

Concerned that news has been thin on the arena battle game, Progress Bar reached out to publisher Bethesda, who replied with quite an honest answer: “We have concerns about the Battlecry game and whether it is meeting the objectives we have for it. We are evaluating what improvements the game needs to meet our quality standards. The studio remains busy during this process on multiple projects.”

Battlecry started accepting beta signups earlier this year, and that beta should have started ‘Fall 2015’ which is, well, right now. With Bethesda having concerns about the game though, it seems unlikely that we’ll be seeing that beta soon.

Interestingly, Bethesda do note that Battlecry Studios are working on “multiple projects”, which means that Battlecry is not their only in-progress game, despite being the only game so far announced.

Here’s hoping that Battlecry overcomes its problems, not least because its visual design is being directed by Viktor Antonov, the chap behind Half-Life 2’s City 17 and Dishonored.