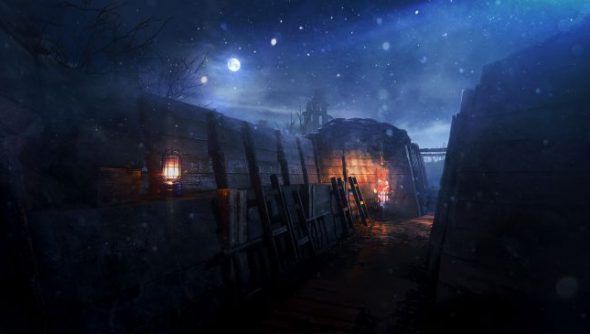 EA have revealed Nivelle Nights, a new Battlefield 1 map releasing for Premium Pass holders in June. Who’s up for some twilight tussles in the trenches?

Check our list of the best war games for more digital armed conflicts.

“As darkness falls over the muddy battlefields around Malmaison and Soupir, French and German batteries prepare to yet again support their troops on the contested ground,” says the official description.

“The moon, the searchlights, and the artillery lights up the night skies, exposing the vast network of trenches. Bite and hold as your foe will fight for every inch of ground. Strategy and teamwork will overcome those who have neither.”

So it’ll be dark, and we’ll be battling through tight confines. Seems like the perfect map for shotguns and LMGs to sing, really. Snipers might as well sit this one out, eh? Saying that, I’m sure there will be plenty of map outside the trenches, but you’re probably a tempting target up there.

For now, all we have to go on is the image above. This new map is clearly part of EA’s plan to treat Battlefield 1 like a service, delivering monthly content updates, as announced recently.