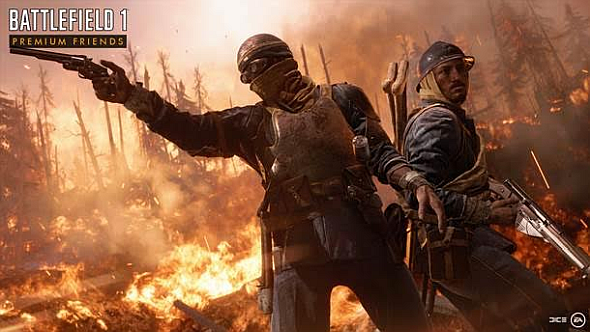 In response to player feedback, Battlefield 1 devs Dice have announced a new scheme to bridge the divide between those who own the game’s premium pass and those who don’t.

Called ‘premium friends’, the scheme will enable premium pass owners to invite others to a premium-enabled party, in which all players will be able to play on all maps, regardless of whether or not they own them. Some features will remain limited to premium pass owners though, such as the ability to earn XP on premium maps, or use weapons or vehicles if they’re unique to the relevant expansion.

Battlefield 1 is something of an outlier in holding to the model of premium DLC maps, which can fracture the player-base according to who’s shilled out for additional content. More recent shooters, such as Rainbow Six Siege and Titanfall 2, have made new maps available for free so as to keep the community whole. It’ll be interesting to see how Dice’s compromise pans out.

Here’s the announcement over on the Battlefield blog, by producer Andreas Skoglund.