Completely inevitably, EA and DICE recently announced that Battlefield 1 will have a season pass. Included in the $50 package are four DLC packs that will add 16 maps to the game and new modes, among other extras.

Keep the good fight going with one of our favourite FPS games.

While the pass itself has been announced, EA are revealing nothing of the contents yet, so we’ve predicted what will be in each DLC pack for you. Please don’t use this as a buying guide, as there’s a good chance you could be bitterly disappointed. Regardless, these are our (mostly) best guesses at what Battlefield 1’s season pass will include.

DLC 1: They Shall Not Pass 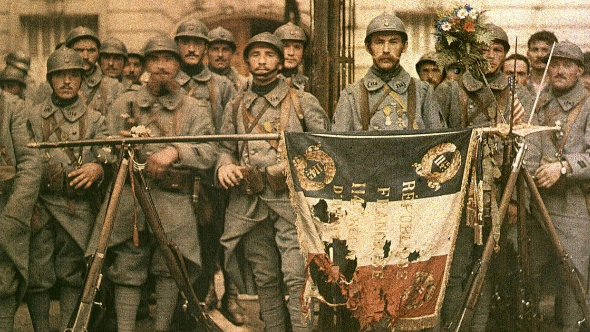 The first of Battlefield 1’s DLC packs has already been confirmed to add the French armed forces to the game, and will arrive under the name of ‘They Shall Not Pass’. That’s important, as it’s a quote associated with some significant French victories. The words were first uttered by General Robert Nivelle at the Battle of Verdun, a clash you may be familiar with if you’ve played a certain other WW1-set shooter.

Knowing that, expect to see Verdun as the star of this DLC. That means the inclusion of a map featuring the hilly geography of the riverside area, as well as Fort Douaumont, a pentagon-shaped fortress that was used as a defensive structure by the French. They lost it very easily to the Germans early in the battle, but soon recaptured it. If that’s not a Conquest objective, I don’t know what is.

Another French victory that is likely to feature in the DLC is the Second Battle of the Marne, which saw a colossal German offensive successfully countered by French and US forces when they turned up with several hundred tanks. Their victory led to a relentless push by the allies through Europe, with the armistice signalling the end of the war being signed 100 days later.

While tanks are a big part of Battlefield 1, they’re not the most common sight. A Marne-set map would be the perfect location for a match in the vein of BF4’s Heavy Metal: an all-out tank battle where everyone’s ears ring with the heavy thud of cannon fire. And considering what a different kind of beast BF1’s tanks are, it would be a brand new experience for even the most veteran Battlefield player. 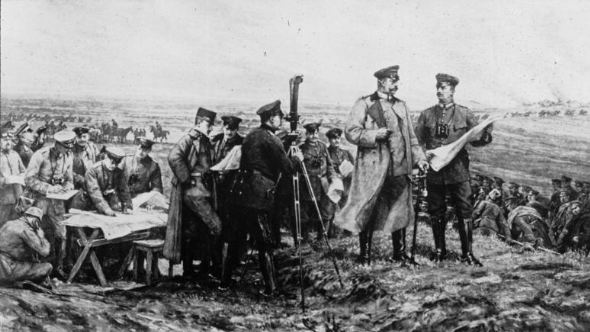 We know that Battlefield 1’s DLC will also be adding the Russian Empire to the game, which means that we’ll be seeing the Eastern Front come into action. A very different region to the more temperate areas of western europe, German forces initially found it incredibly gruelling to fight during the winter months on the Eastern Front.

The DLC needs to capture the harshness of winter, and DICE’s new weather technology seems up for the challenge. We’ve already seen the superb sand storms of the Sinai Desert map, so heavy snowfall and blizzard winds seem well within the engine’s capabilities.

It’d be fun to see this used as more than just a visibility-reducing mechanic though. How about having a heavy coat in the T slot, where you’d normally have a gas mask? When the winds pick up, you need to pull on extra layers to stop the bitter chill from pecking away at your health bar. Wearing the coat makes you slower though, creating a tactical choice rather than mere war time fashion.

The Winter Battle of the Masurian Lakes seems an ideal historic focal point for such a map, which took place during a heavy snowstorm in February 1915.

For a less wintery map, the Battle of Tannenberg in Poland would be a great choice. One of the earliest battles of the war, it saw the Germans make extensive use of railways to transport their troops. With a bit of creative license, these carriages could be used in a similar manner to the train in Sinai Desert, or the one from BF4’s Goldmund Railway. Imagine being able to pile your squad into a train and speed your way to the next Rush objective. 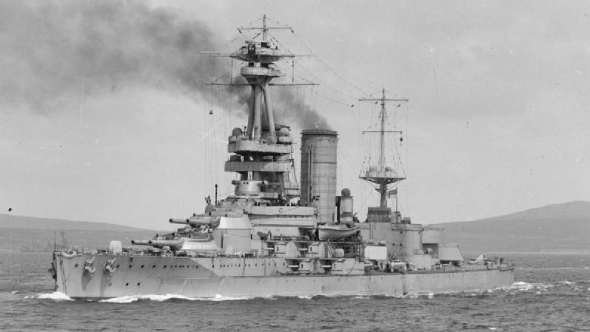 Battlefield 1 has tanks, planes, and even horseback cavalry. But what it’s missing is boats. Naval warfare was a big component of the First World War. It was one of the earliest wars to see new designs of boats like destroyers in the theatre of war, and saw the development of submarine warfare. It’s an aspect of the conflict that DICE simply can’t ignore.

It’s also the most difficult to implement. Is manual control of big ships realistic in what is essentially a game built around ground troops shooting each other? How on earth would you introduce submarines? The answers, perhaps, lie in Star Wars Battlefront.

AT-ATs – the giant walking tanks – in Battlefront were on-rails vehicles that players could control the weaponry of. With significant evolution, DICE could turn this into a compelling game mode. How about big ships with AI captains that react to what’s going on, with the guns of the vessel all manned by players? The AI would either sail closer to the enemy if things were going well, or retreat if the hull is taking a beating.

The mode would also work well for Commanders, the off-map role that we last saw in BF4. Players taking the Commander seat could replace the captain AI and issue movement orders to ships. They could also call in AI submarines, which players would have to counter by deploying depth charges from machines mounted on their ship’s deck.

It’s a mode that would have to adopt DICE’s ‘authenticity over realism’ angle, as there’s no way you could turn realistic naval combat into a fun Battlefield mode. But the naval forces of the period played an important role, and it would be a shame to leave them out the picture. 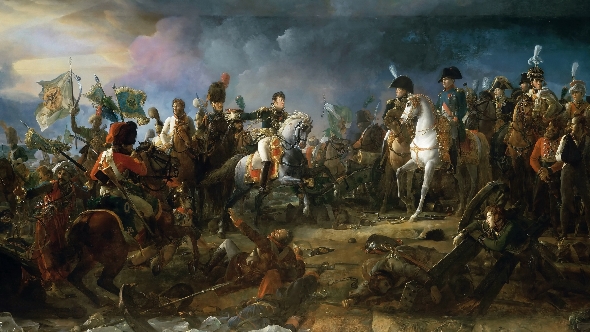 The best Battlefield DLC has always been the most experimental. The most fondly remembered will always be Bad Company 2: Vietnam, which transported the modern-set game back to the 1960s for a battle against the Viet Cong. From maps to weapons to even tactics, it was all-change for Battlefield.

We’d love to see DICE try this bold mix-up again. They’ve already gone back in time for Battlefield 1, but why not further? How about Battlefield 1813? (or should that be Battlefield -1?)

I say this based on how fun Battlefield 1’s cavalry is. Horseback combat is a brand new aspect for the series, but it’s not a huge component. Indeed, you’ll only ever really see one or two people atop horses in any battle. But in a Napoleonic setting, you could have 64 players all on horseback, charging into each other as clouds of gunpowder drift across grassy fields.

The Battle of Leipzig – the largest battle europe had ever seen until WW1 – would make an exceptional Battlefield match, filled with dozens of players attempting to whittle the enemy side down to size with a variety of single-shot rifles.

And should that Naval Strike DLC come to pass, how about a Battle of Trafalgar map, complete with burning sails and splintering decks?

Those are our hopes and predictions for Battlefield 1’s season pass, but how about yours? Tell us what you’d like to see DICE attempt in the comments.