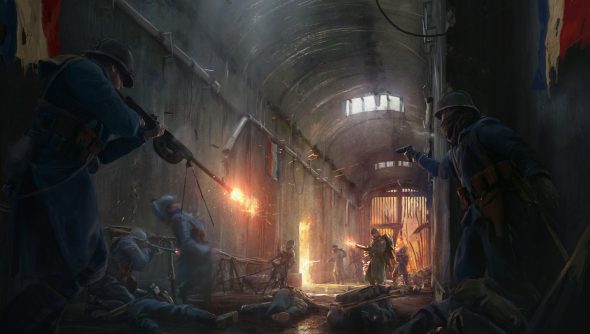 Update March 14, 2017: Battlefield 1’s They Shall Not Pass DLC is out today, so EA have released the official patch notes.

As well as all the new weapons, maps, and other fresh features, the DLC also drops with a patch that adds a bunch of improvements to the WW1 shooter.

It’s a different conflict in a different time, but we have a list of the best WW2 games for you to check out.

Check out the patch notes below, and read on to find out more about the weapons, maps, classes and vehicles.

Battlefield 1 They Shall Not Pass patch notes

Battlefield 1’s long-awaited French army expansion, They Shall Not Pass, will come to Premium Pass holders tomorrow, and be available to buy two weeks later for everyone else.

“The hardened veterans of the French Army join the fight in the first Battlefield 1 expansion, They Shall Not Pass,” says the official blurb.

In addition to finally adding one of the main combatants of WW1 to the conflict, the expansion brings four new maps, a new mode called Frontline, a new tank, a new class, stationary gun emplacements, and plenty of weapons – both ranged and smashy.

Battlefield 1 They Shall Not Pass Weapons

First up are the new infantry weapons, which will need to be unlocked by completing Assignments. 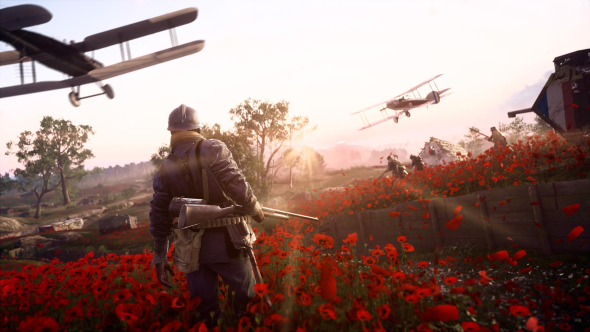 A medic rifle that comes with or without a scope, the RSC suffers from a low fire and reload rate – but if you manage to get a shot in, it’ll do real damage. It’s worth noting that long ranges don’t seem to do it any favours either.

This LMG has a flashy curved magazine that allows you to fire off 20 shots without taking a pause. It’s a Support class weapon, and is suitably flexible: there’s the option of a scope if you intend to use it for covering fire.

Available as a standard infantry weapon or with a bipod and telescopic sight, the Lebel is a sniper rifle that predictably packs a bit of a wallop.

One of two new weapons for Assault specialists, the Ribeyrolles doesn’t just roll off the tongue. It also performs as a reliable automatic carbine, with a bipod that means you’ll have more success hitting things with it while prone.

The other Assault weapon is perhaps more entertaining – a Swedish semi-automatic shotgun that performs particularly well in the close quarters of the trenches. 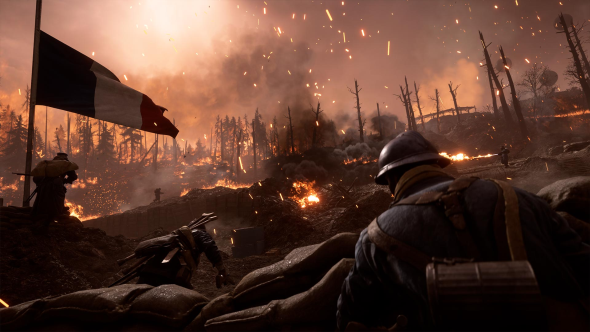 There are also four new melee weapons, which tend towards the homemade end of things.

Probably the least sophisticated melee weapon in a Battlefield game – and certainly one of the nastiest. Just a long, bent nail used to jab people.

Sounds like a secret society at a posh UK university. Is actually a standard club with a literal cogwheel on the end, to add a little extra weight to any hit you land on an enemy.

Imagine the Nail Knife, but with a fancier name and snake’s head design that doesn’t diminish the fact that it’s being used for up-close shanking. That’s the Trench Fleur.

Last but definitely not least is the Raider Club. This is, straight up, a medieval mace that’s every bit as dangerous as its spikes make it appear. You won’t get to use it unless you’re playing as the Trench Raider, who we go into more detail on lower down the page.

Battlefield 1 They Shall Not Pass Maps

From perpetually aflame forests peppered with charred tank-traps and bunkers to cramped fortresses, They Shall Not Pass looks to accommodate every playstyle with a varied selection of battlegrounds.

See all four maps below, along with the official description for each. 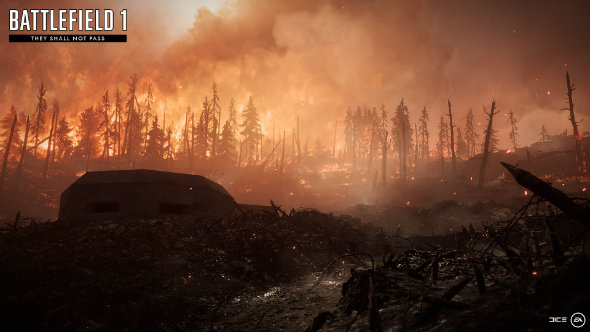 “The opening barrage of the Battle of Verdun created massive forest fires in which players will fight for domination. This is an uphill battle towards the massive fortresses of Verdun. A constant grinding struggle where the artillery never stops. Where the forge and “the Devil’s Anvil” continues to consume even the bravest combatants.” 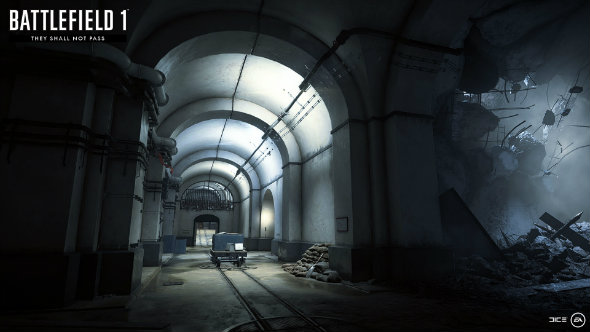 “The first big engagement inside a fort during World War 1 takes place in the dark underworld of Fort de Vaux. Down in the maze of dark galleries and wet stone corridors, French and Germans fight ferociously with grenades, guns, bayonets, and flamethrowers. Watch your corners!” 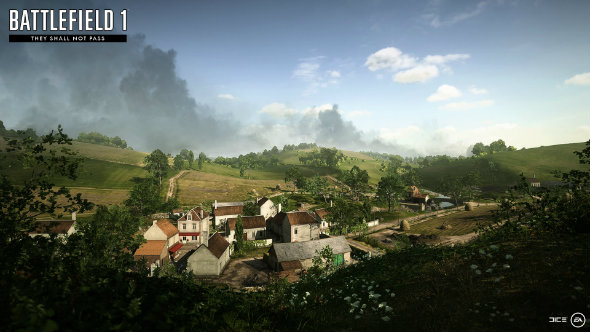 “Take part in one of the biggest tank assaults of World War 1. The French 10th Army moves to take back Soissons using their powerful Saint Chamond tanks. Planes, tanks, and infantry clash in the beautiful French countryside in the early hours of a hot summer day. Only the thunderstorm is louder than the war.” 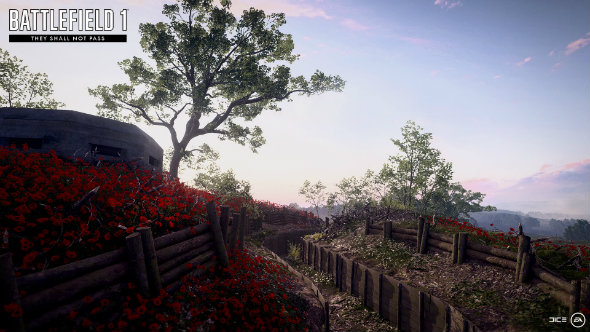 “In dire need to capture key bridges across the Aisne river, the French find themselves back into battlefields where poppies grow over a rusty wreck from previous tank battles. It might seem calm but this maze of steel beasts provides an excellent place for those who plan an ambush. As the sun sets over Fontenoy, the battle wakes up.”

Battlefield 1 They Shall Not Pass Game Mode 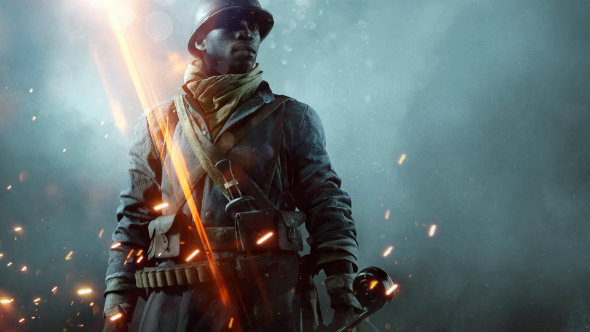 This mode blends Conquest and Rush, chaining together control points in a game of deadly tug-of-war. If you take a flag, the action moves up the map to the next. Make it all the way to the enemy base, and it shifts to Rush, with your team tasked with taking down telegraph posts.

Battlefield 1 They Shall Not Pass Vehicles 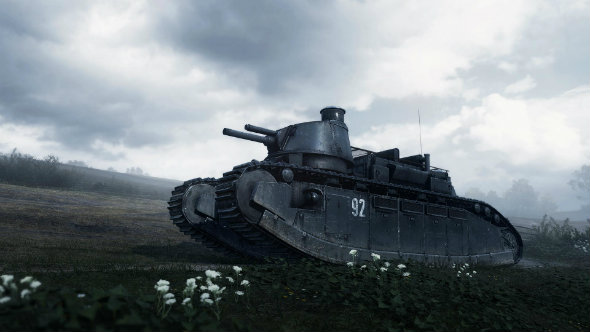 Based on the real-world French tank, this thing is the heaviest armour on Battlefield 1’s battlegrounds. 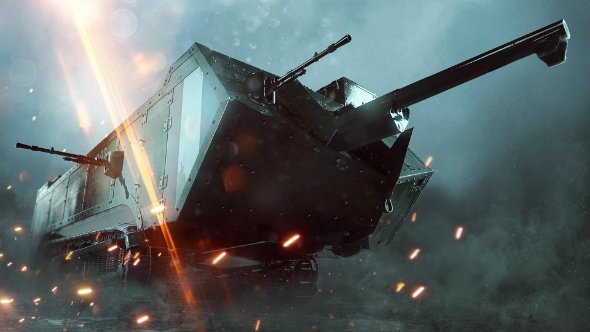 If you’re the kind of person who thinks more is always better, there should be enough guns on this thing to satisfy your needs. It’s like a Swiss army knife in tank form. 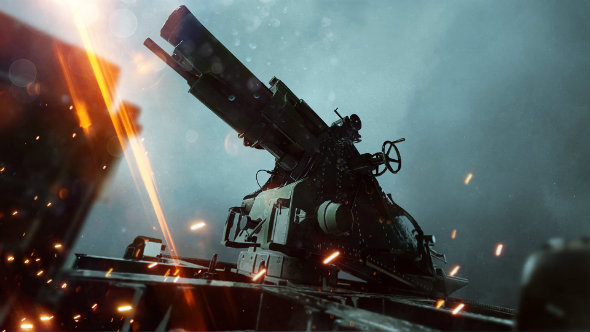 Operatable by infantry, this massive cannon works similarly to a mortar. Just call it in where you think enemies are likely to be, then watch the fireworks.

Battlefield 1 They Shall Not Pass Elite Class 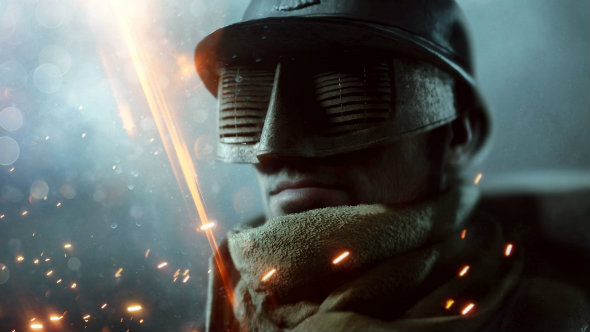 Armed with a Raider Club and impressive grenade arsenal, this special unit is best suited for tossing grenades into trenches and wading in with a melee weapon in the confusion.

Here’s a short teaser that gives us a look at a French soldier and the country’s flag in the background.

Original Story December 19, 2016: Battlefield 1’s first expansion is launching in March 2017, finally bringing the French (among the main combatants of the conflict) into the fold. It seems we’re being whisked to the chaotic front-lines in Verdun and the surrounding battles.

Those charred landscapes will seemingly be from the Battle of Verdun, in the Devil’s Anvil, where 40 million artillery shells were fired over the nine month skirmish. It would have been like fighting in the middle of Hell, bordered by charred trees and fire, with a landscape more battered than a lunar surface. A lot of the fighting here happened in trenches and tunnels beneath the artillery bombardment.

Elsewhere you will be fighting over Fort Vaux, a maze of underground corridors that will make for some tense, bottlenecked standoffs. Then there’s the Battle of Soissons, where massive French tank assaults took place, the armour battling for key locations and bridges around the village of Fismes.

They Shall Not Pass releases in March 2017, and you can get access two weeks early with a Premium Pass.

Head over to the Battlefield 1 site to look at some of the concept art.