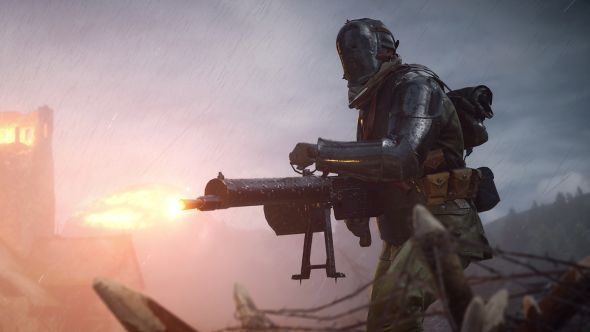 Along with the Battlefield 1 gamescom trailer released yesterday, the official site update with a couple of articles regarding the game’s new mechanics over previous. This includes the much-anticipated ridable horses (who, we’ll be honest, didn’t fare too well in the trailer) and the Elite Classes – super-powered single-lives unlocked through action on the battlefield, similar to Battlefront’s heroes.

How does this rank on your personal upcoming PC games hype-list?

While on horseback, you’ll have a couple of options. You can exploit their speed and maneuverability to get in close and take people out with a saber, or hang-back and use powerful mid-range rifles. You’ll be able to get the upper hand on mechanised vehicles by moving faster than their turrets can rotate and throwing out grenades-a-plenty. Horses have a support role to play too, able to drop ammo and bandages for two-legged compatriots.

As for weaknesses, horses have more health than your average soldier on-foot, but they’re not going to withstand a machine-gun or explosive shells for much longer. The entire point is to keep moving, but as a living being they’re not going to let you jump them off a cliff, as daring as it may look. Some more info over in the official post.

As for the Elite Classes, there’s three of them and they break down like this:

More info on them in the dedicated post. We should learn more about Battlefield 1 this week as Gamescom rolls on.