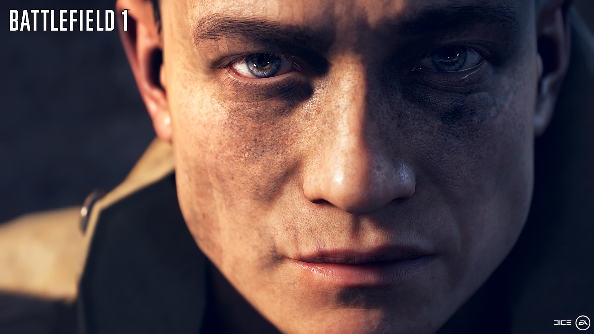 When DICE originally pitched Battlefield 1 to EA Studios boss Patrick Soderlund, the idea was rejected. But while the developer was eventually able to bring EA around to the idea, they still had initial concerns about the setting. According to EA CFO Blake Jorgensen, there were worries that younger audiences didn’t know what the First World War was, or that it had even happened.

Need to know about the Battlefield 1 release date, setting, campaign, and classes? We’ve got you covered, soldier.

Talking about the issue at Bank of America Merrill Lynch 2016 Global Technology Conference, Jorgensen explained that there was “some debate” about the early 20th century conflict.

“World War 1, we were worried that many of the younger consumers out there didn’t know that there was a World War 2 or Vietnam, so World War 1…” he said.

The original pitch was declined for a variety of reasons, one of which was fear that trench warfare was not a fun setting for a videogame. DICE swayed EA on the decision by showing them that there was far more to the war than muddy ditches.

“I think what people don’t understand about World War 1 is the technology shift that went on during the war,” Jorgensen said. “People started the war on horseback and ended the war with airplanes and tanks and battleships and submarines. And that’s a huge opportunity for us to be able to do a video game around.”

The war, which was fought over all of Europe and in areas of northern Africa, also has a large amount of geographic potential. Great for map variety, basically.

As someone who studied World War One from the age of 13 onwards, it seems unthinkable to me that The Youth of Today wouldn’t know what the conflict was. But what do I know? Perhaps the Great War is so old hat these days it’s not on the school syllabus. Or perhaps kids just don’t care about history at all. If it’s the latter, maybe an exciting vidoegame like Battlefield 1 could teach them a little bit about the past and get them interested. What a noble pursuit!