Want to know more about Battlefield 2042’s Portal mode? Battlefield Portal allows you to use gameplay elements from any game in the series to build custom game modes. These modes range from free-for-all matches using only rocket launchers and knives, to a battle that pits the soldiers and class system from 1942 against their modern counterparts in 2042. To top it off, you can even play perfect recreations of 1942, Bad Company 2, and Battlefield 3 in the new engine.

DICE has designed the Portal editor to be simple to use in a web browser, but there are thousands of variables that can be accessed using the logic editor. The logic editor allows creators to carefully tune their game mode, though there are some hidden roadblocks that you may encounter further into the editing process.

We’re going to break down how you can create your own game mode, including what tools you have at your disposal, the limitations of the rules editor, and how to access the logic editor. Here’s everything you need to know about building your own game mode in Battlefield Portal.

While you don’t need to own a copy of Battlefield 2042 to start building your own game mode, your EA account needs to be in good standing. This means if you have any bans on your account for cheating or abusive behaviour in any games, you may not be able to proceed.

Launch the Battlefield Portal web app and at the top of the screen, you have the option to customise the pre-built Battlefield 1942, Bad Company 2, or Battlefield 3 experiences. If you want to use the Battlefield 2042 tools, or build a mode that utilises multiple aspects of each game, click the create something new button on the left.

There’s a bar on the bottom half of the screen which contains a number of presets based on Battlefield game modes. All of these options have maps assigned to them, but you can change this and any of the other settings once you select the mode. 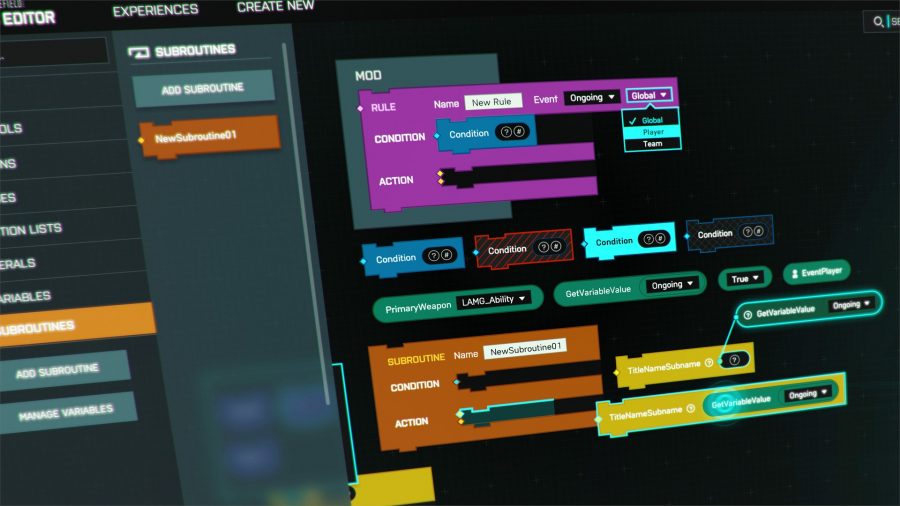 If you decide to alter a pre-existing game mode, you’re presented with a map selection screen. After picking the maps and core gameplay options like maximum player count and per squad character limit, you can move onto the modifiers. This is where the bulk of your changes come into effect as the modifiers touch on aspects from the vehicles, AI, and even the user interface.

After you finish adjusting the modifiers, you can move onto the restrictions menu. Depending on which game mode you selected, different options may appear. If you selected Team Deathmatch, the restrictions menu allows you to force each team into one of the four game presets. There’s also the option to pick the teams based on the map, so if you pick Hourglass from 2042, the selected team receives weapons, specialists, and vehicles from 2042.

From this menu, you have the choice to restrict any weapon, specialist, class, vehicle, attachment, and gadget. Once you’re happy with your decisions, press the finish button at the bottom right side of the screen and fill in the name and description boxes.

The main difference between customising a preset mode and creating a new experience is the logic editor. This powerful editor is similar to a programming language – be sure to save your work before trying out the editor for the first time as it’s very easy to break your game mode. If you aren’t careful, elements of your mode could stop functioning, and you can even crash your server by causing too many errors in the logic editor. 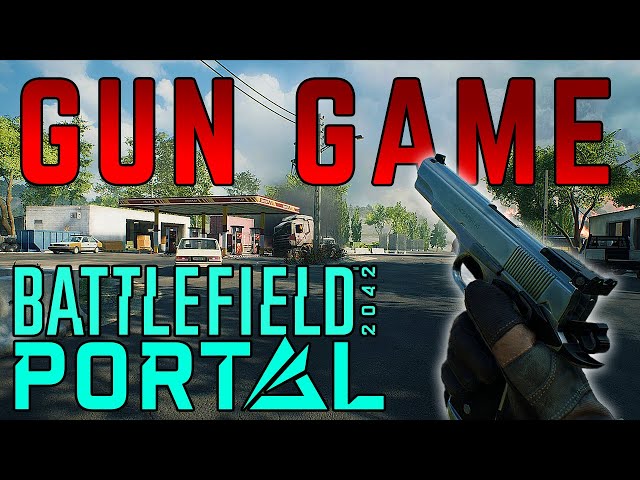 We recommend checking out this highly detailed tutorial from Useless Fodder on YouTube as he breaks down his process for creating Gun Game in the Battlefield Portal. Using the logic editor, Useless Fodder rewards players with a different weapon after scoring a kill.

If you’ve been playing Battlefield 2042 during peak gaming hours, you may have received the following message when creating your server: global game quota exceeded. This means the server slots are currently occupied, stopping players from hosting their own game modes. Creators don’t have the option of hosting private servers outside of the server browser, so if you receive this message you may be out of luck unless you decide to play at a quieter time. DICE is aware of this issue and is working to free up more servers specifically for Battlefield Portal.