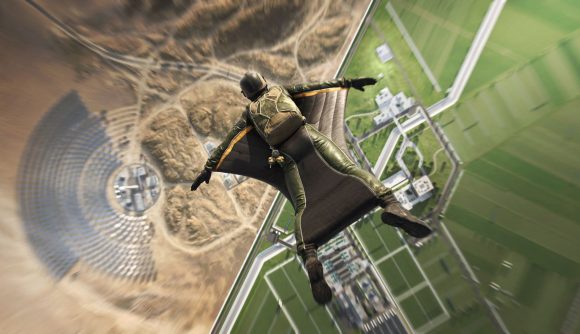 A major reorganisation at EA/DICE has been announced today, with Respawn boss Vince Zampella taking the reins to the Battlefield franchise from departing DICE general manager Oskar Gabrielson. EA says it plans to expand the Battlefield FPS game series, and it’s bringing in veterans from the Halo and Call of Duty franchises to help with Battlefield 2042 and beyond.

In comments to Gamespot, Zampella says the overall intent is to build a “connected Battlefield universe,” expanding Battlefield 2042 with new content and new options for players to use in Battlefield 2042’s Portal mode. To help do that, EA has brought in Marcus Lehto, who designed Master Chief while working on Halo for Bungie. According to Gamespot, Lehto’s Seattle-based studio is currently at work with DICE and Ripple Effect on building out the narrative side of the Battlefield series.

Zampella, who cofounded Infinity Ward, was a long-time veteran of the Call of Duty franchise before he split with Activision to form Respawn in 2011, where he and co-founder and fellow Infinity Ward alum Jason West began work on what would become Titanfall. That studio was acquired by EA in 2017, and launched the hit battle royale game Apex Legends in 2019.

Now, Zampella will be taking the lead on the Battlefield series in addition to his duties at Respawn, but he tells Gamespot that EA has plans to “significantly” increase the size of the development team working on Battlefield games.

Gabrielson, who is leaving his GM position at DICE at the end of the year for an unannounced project, will be replaced by Ubisoft Annecy studio director Rebecka Coutaz, who most recently worked on extreme sports open-world game Riders Republic.

Battlefield 2042 has had a rocky start, as players have complained about a multitude of bugs and the lack of features that have traditionally been included in Battlefield games, such as a single-player campaign. The management shake-up at EA today, however, seems to indicate that the company is heavily invested in long-term support for the title and the series, but it remains to be seen how that will translate into updates for Battlefield 2042.