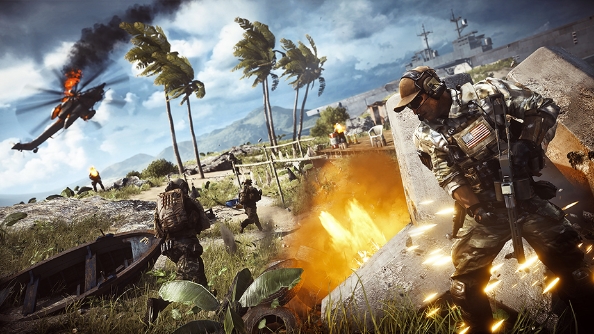 After launching back in 2013, Battlefield 4 has had an incredibly long tail of support from developer DICE. While EA games are typically known to be launched, DLC’d to high-heaven, and then abandoned by the roadside, Battlefield 4 has seen constant patchwork, DLC expansions, and free updates over it’s lifetime. That all came to a close in December, when the very last piece of new BF4 content was released.

Now Battlefield 4 is ‘complete’, we thought it’d be a good idea to review it. Considering the state the game launched in, has two years of care and attention from DICE been enough to redeem it?

It’s no secret that Battlefield 4’s launch was a disaster on roughly the same level as the plot of Twilight. Its first steps in October 2013 were beyond atrocious: servers struggled to cope with player counts, lag infected every match regardless of network setup, audio frequently failed to play, and hit-detection was laughably bad. And as the months went by things got worse, not better: new DLC packs came with their own bugs and problems. Patching Battlefield 4 was a great big game of whack-a-mole. Read our trial of Battlefield 4 and what it taught us about war!

Play today, and you’ll find that things are in a much better place. Indeed, it seems like every fundamental issue with Battlefield 4 is finally repaired. Shoot a man and he bleeds, hide behind a wall and you’re safe from harm. The audio is loud and clear. The riot shield no longer deflects tank shells at other players. Most importantly: lag and rubberbanding doesn’t plague your existence like the shadow of death. It may have collectively taken almost two years, but Battlefield 4 is now a smooth, reliable experience. 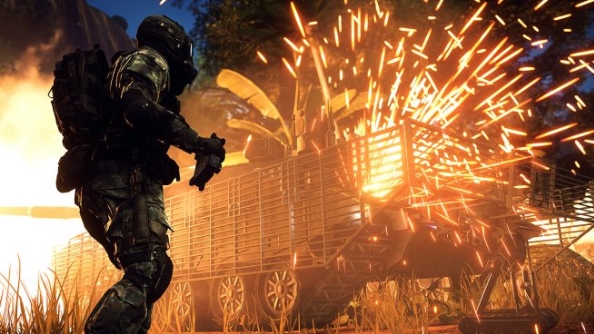 I say Battlefield 4 is smooth and reliable. That actually needs a ‘mostly’ modifier. While server performance seems really stable, connecting to them is a notably lengthy process. I found that during the period it took to connect to a game and load the map I could easily check Twitter, Facebook, and eat a KitKat Chunky. You can’t deny that the maps are huge, but compared to other games the load times do feel extraordinarily long. Combined with the wait times after dying, Battlefield 4 is still a game where do you an awful lot of sitting patiently.

The key difference between DICE’s approach to Battlefield 4 and previous entires in the series is how dedicated they’ve been to improving and expanding the base game. I’m not talking about paid-for expansions: there have been three notable content packs offered free of charge to everyone, as well as big balance tweaks and new game modes added in huge patches each season. Considering EA’s reputation it’s remarkable the amount of free support the game has had, especially when much of it has come both during the twilight months of its existence and in the presence of the game’s successor, Battlefield Hardline.

If you only own the core Battlefield 4 game, the new free additions you now have access to are Night Operations, Community Operations, and Legacy Operations. They add three big new maps to the game: Graveyard Shift simply re-skins Zavod 311 with a night-time theme, but Operation Outbreak is a fantastic infantry-focused jungle map that was developed with heavy input from the game’s community, while Dragon Valley 2015 takes one of Battlefield 2’s most iconic war zones and updates it for modern tastes.

Operation Outbreak feels stripped back of all the typical Battlefield flagship gimmicks: while it’s a heavily destructible map it doesn’t rely on big events like collapsing skyscrapers. Instead it’s a wide, mostly flat map with five objectives built around flimsy cabins just asking to be pelted with grenades. 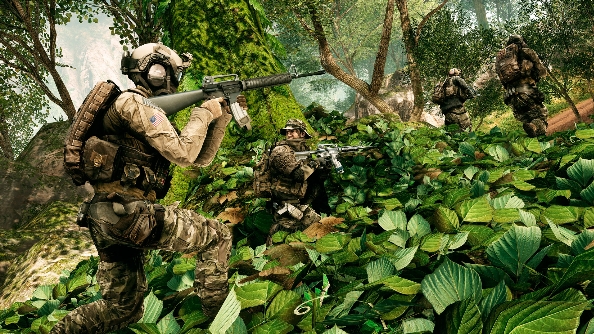 The heavy jungle trees offer plenty of hiding spots, but the openness of every area prevents unbreakable choke points and repetitive battles. There are tanks and helicopters, but the clear emphasis here is men fighting men, and the simplicity of that harks back to Battlefield 2. There’s still clearly a lot of love for that ethos of map design in the community.

While Dragon Valley was already a notably well-designed map in 2005, its modern interpretation stands beside Battlefield 4’s best wargrounds. It goes a long way to show that Battlefield 4’s level design is the best it’s been since the second game in the series: a widely diverse collection of areas that each promote a distinctly different flavour of combat. Whether that’s the tight street assaults of Dawnbreaker, or the long distance tank-shelling of Golmund Railway, each is a shining example of how to build an exceptional multiplayer map.

While the core modes are still very much Conquest and Rush, the updates have added in fun new types that offer satisfying distractions. Gun Master is notably interesting; a game where for every two kills you achieve a new weapon from a pre-set selection is unlocked. Not only can achieving those kills be a challenge depending on what the set is (try getting kills with a riot shield), but it adds a sense of escalating personal progression to each match. There’s something fun about working on the self in a game so frequently obsessed with team-work. 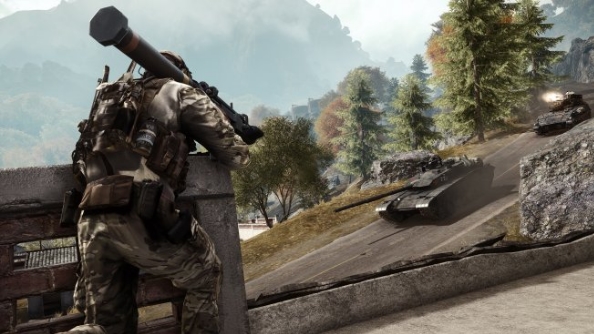 What problems have recently cropped up?

Compared to playing in the months around release, the most obvious change is the amount of tickets (the amount of respawns available to each team) being used for each game. The community’s infinite insistence that matches are played with thousands of tickets make them feel endless and lacking in progression. Operation Locker, a map already suffering from poorly designed chokepoints, becomes little more than throwing yourself into the inevitable grinder again and again until one side depletes its tickets and everyone can move onto something more fun. It is very rare to find a game with low ticket counts these days, which means quick matches are sadly mostly out of the question.

Battlefield 4 does squad combat better than any game in the series so far. It was difficult to see the strides back when the game barely functioned, but with the benefit of having had the exterminators in, Battlefield 4’s combat design really does shine now.

The best example of BF4’s focus on teamplay is Field Upgrades, which grants buffs and bonuses to players as rewards for good team play. Following squad commands, resurrecting teammates, repairing a vehicle with a squaddie inside and other such actions actions build the Field Upgrades meter, resulting in better armour, more bullets, automatic repairs, or cloaking from radars. They’re genuinely useful and desirable abilities that bring squads together in order to achieve them. The game encourages people to stay together by deducting Field Upgrade points for letting your squad down. It’s a great addition, and a welcome antidote to other games’ reliance on solo-orientated killstreaks. 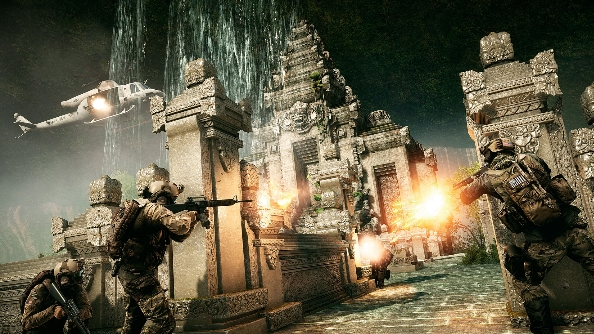 The other thing Battlefield 4 does really well is liberate classes, making the individual soldier roles a much broader, choice-driven selections rather than pigeon-holed jobs. Take the Recon role for example. Traditionally a sniper’s position, anyone who was unable to use a scoped rifle with precision was unable to advance this class to its highest rank. But Battlefield 4 allows multiple play styles within each class. Now you can play Recon as a close-combat, shotgun-wielding soldier from almost the very start of the game. You can use a Field Upgrade path that promotes stealth and enemy identification rather than tricky long-range kills. It’s even possible to play as a sneaky tank hunter with the class, thanks to unlockable C4.

If you were to re-install Battlefield 4 now and open Battlelog, you’ll still find great lists of active servers with dedicated players. I think the game’s bustling community says more than I can in a review: despite the reputation Battlefield 4 earned for itself during its first year it’s still a regular port-of-call for hundreds, if not thousands, of players.

True disasters crash, burn, and are never rebuilt. Visit a game of Conquest or Rush in Battlefield 4 today, and you could be easily fooled into thinking there’d never been a problem in the first place. Hopefully such a launch is one for the history books and not a future repeat, but Battlefield 4 is testament to both DICE’s dedication to enduring design and getting things right, no matter how much pain they have to endure on the way.

What do you think? Click to help write a user Battlefield 4 review