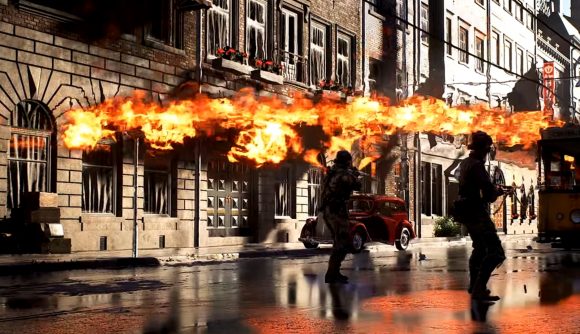 November 14, 2018 Nvidia, Microsoft, and EA have all released new drivers, updates, and patches that have introduced an early version of real-time ray tracing into Battlefield V, subsequently fixing the stuttering issue we were previously experiencing.

Battlefield V has one very important feature locked inherently within the latest version of DirectX: ray tracing. In our pre-patch performance testing we were experiencing serious stuttering while DX12, a prerequisite required for Nvidia’s RTX, was enabled.

Battlefield V is the first game to offer real-time ray tracing using the DirectX Raytracing (DXR) API, in conjunction with Nvidia’s 20-series GPUs. DICE’s World War Two shooter was the poster child for Nvidia’s RTX back at Gamescom when the Turing architecture and RTX 20-series cards were first announced, offering us our first glimpse of what was to come with the ‘holy grail’ of graphics tech.

Microsoft has now released the tardy Windows October 2018 Update – available to manually download immediately if you so please – which unlocks DirectX Raytracing on your machine. Alongside necessary Nvidia and EA in-game patches/drivers, ray tracing is now a reality in the WW2 shooter. Luckily, this combination of software packages has also patched out the DX12 stuttering issue we were previously experiencing.

In our preliminary testing ahead of a full performance review, we had noticed DX12 was causing significant, consistent stuttering – roughly every three seconds or so. The stuttering remained across our test system regardless of CPU, GPU, or system memory configuration we had fitted into our test bench.

Whether we opted for the six-thread i5 8400 or the eight-thread i7 6700K, both experienced the same consistent stuttering. The story remained the same with GPUs, too. Neither a GTX 1080, RTX 2080 Ti, nor AMD RX 580 could be rid of the frustrating bug.

During our hands-on time over at Gamescom this year, using the RTX-enabled build of Battlefield V with the RTX 2080 Ti, however, the stuttering issue was nowhere to be seen. This build now seems to have made it out into the public domain with the latest patches from the three companies most involved in BFV’s performance – EA, Nvidia, and Microsoft – fixing what seemed to be an issue with Frostbite’s DX12 implementation. 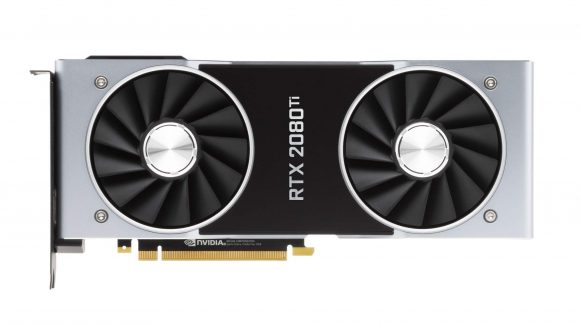 We’re unable to confirm whether the stuttering issue has been resolved with AMD graphics cards as of yet – BF V and Origin don’t like hardware changes – but we’re working on it.

Battlefield V is now available for those with EA Origin Access, and will launch to the wider public on November 20. You can still get into the game a little earlier by pre-ordering the Deluxe Edition, which grants you access from November 15… got that?

We’ll have the full Battlefield V performance review for you to feast your eyes on shortly. EA hardware activation limits permitting…