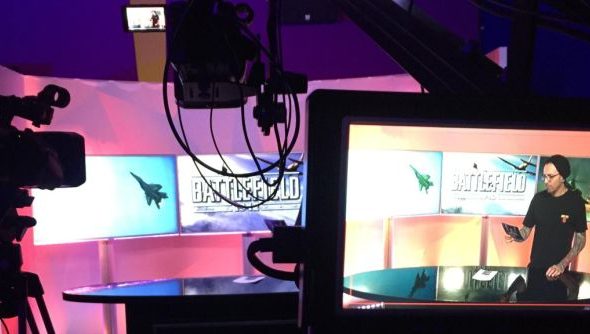 Update 6 May, 2016: It’s almost time. The livestream reveal will happen in just 30 minutes, so make yourself a cuppa and scroll down for the embedded video – we’re about to find out the future of Battlefield, which apparently might be the past.

Original Story 6 May, 2016: The next Battlefield is getting announced today, in case you hadn’t heard. They’re doing a big ol’ livestream at 4pm ET / 9pm BST but they’re kicking it off far sooner than that, in just a few minutes, with a six hour pre-show. We’ve no idea what they’re planning to fill that time with, but probably the odd interview, some streamers, alot of gameplay from previous Battlefield titles and, eventually, the announcement you’re actually waiting for.

Alternatively, play one of the best FPS games while you wait.

It’s all going down on the Battlefield Twitch channel, embedded below.

Rumours are still swirling about what exactly is going to be revealed tonight. We know it’s the next Battlefield game, but beyond that we don’t even have a name, just that short teaser released on Twitter. Many have drawn comparisons between the brief glimpse of an explosion and the fact that today is the 79th anniversary of the Hindenburg disaster – pointing towards a early 20th century setting and perhaps the return to World War 2 that many have been wishing for in their shooters.

If you’re thinking ‘those two events are barely related’ well, quite, that’s the world of speculation. Other, baseless, rumours are pointing towards a historical setting but with an alternate reality twist – Battlefield: Red Alert, if you will. Of course, there’s little point in doing that if your anti-1939 has super Nazi tech from the moon or something, so hopefully they keep it low-fi even if one of the factions is the Ukranian-Romanian Axis or some-such.

Please bring your own brand of totally implausible but otherwise very possible assumptions to the comments below, and keep it locked PCGN for all the news on Battlefield 5 throughout the day.