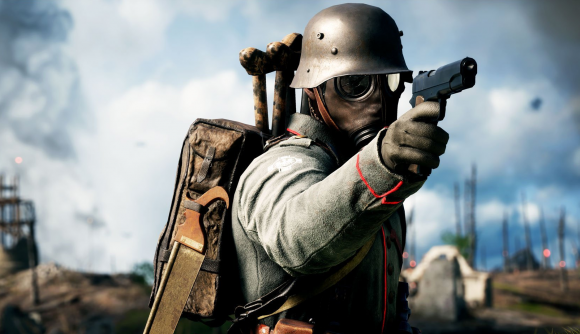 Battlefield and Call of Duty have been historic rivals, and Battlefield V will have at least one big advantage over Black Ops 4 – at least at launch. DICE’s big-scale shooter will feature a 60hz tick rate on PC at a minimum, and that’s set to improve after release day, which should be a big relief to shooter fans disappointed by server performance in Black Ops.

In response to a fan’s question, multiplayer producer David Sirland says “We will start out with the same settings [as] BF1. 30hz on console, 60hz on PC. But that’s a start, and we’ll invest in improving that too.”

That applies to the big modes that Battlefield is best known for, and Sirland adds in a further follow-up on Twitter that “120hz is of course supported for smaller modes when they enter the fray.”

This comes after Black Ops 4 received a wave of criticism for degraded tick rate compared with the beta, after one Reddit-bound analysis suggested a cut from around 60hz to 20hz. Treyarch has directly addressed those concerns in various update notes, including one posted moments ago.

“As of today,” Treyarch says, “we have completed the first phase of planned changes to network configuration in targeted locations. We are carefully monitoring overall performance to ensure that these updates are working as expected before completing the next phase of updates. It’s important that we roll out updates in a carefully staged process, as changes to networking infrastructure can potentially produce both positive and negative effects, and we need to monitor every update closely.”

Wherever Black Ops 4’s network performance ends up, the Battlefield 5 release date is set to bring us more responsive servers. In practice, that difference will likely only be noticed by players at the highest level of competition, but it’ll give forum debates plenty of ammunition at every turn. That’s something, at least.