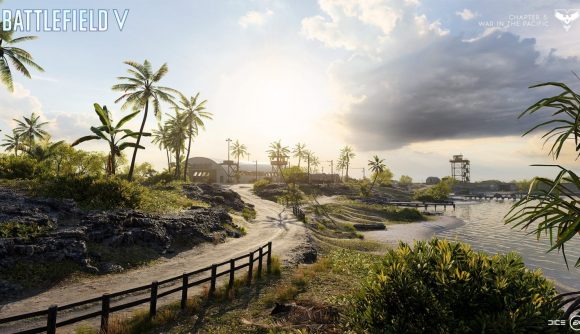 Battlefield V’s Chapter 5 continues with its focus on the Pacific theatre of World War II, bringing returning at long last to the map that started it all: Wake Island. The medium-sized map is now playable in Battlefield V, which will give long-time Battlefield fans a serious case of nostalgia.

Wake Island first appeared in Battlefield 1942, along with El Alamein. Here again it’s a roughly horseshoe-shaped island, but scaled up to twice the size as it appeared in the game 17 years ago. EA/DICE says the new map caters to air, sea, and land combat, with plenty of options in terms of vehicles, aircraft, or covered routes to take around the map.

The new Wake Island map supports Breakthrough and Conquest modes for differently-paced battles. Six capture points set up for Breakthrough provide rough landmarks as you move clockwise around the island from the northern arm. Point A, Hotel, features a choice of lanes for safe approach, while defenders have two coastal guns and some anti-aircraft artillery to make things interesting for the attackers. Point B is Barracks, which is separated from A by a small bridge and provides more cover for defending forces.

Point C is Hangar, and that’s on the opposite side of a hill from Barracks. That hill is Wake Island’s highest point and features a trench that attackers will have to make it through in order to reach the capture point. 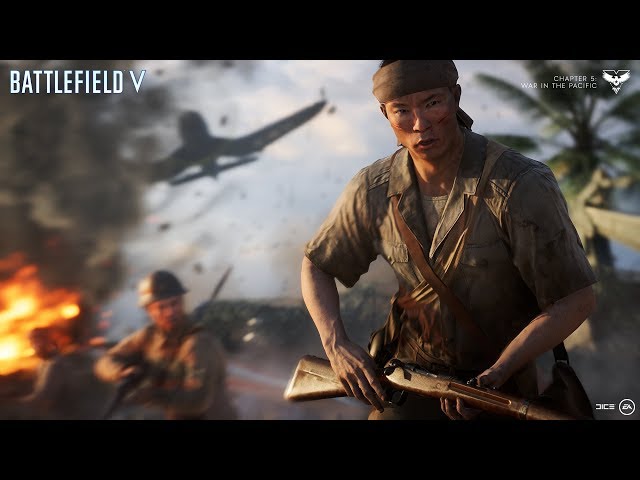 Finally there’s Point F, Dock, which sits across the harbor from Hotel. Defenders have another trench and sniper’s nest to rely on here, but attackers can use boats to flank around the sides.

I haven’t had a chance to run around shooting stuff on Wake Island just yet, but the video above provides a pretty good overview and the whole thing looks like a good time. The action is focused around the narrow width of the island, but the access to boats and amphibious vehicles means things never get dull on the ground.

Wake Island is a free addition to Battlefield V and is available now.