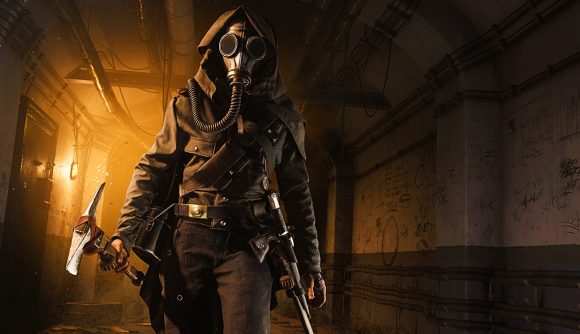 It looks like we’re going to hear all about the next Battlefield game soon. For now, though, EA has taken to Twitter to assure fans that an official reveal is coming “soon” and that the development team is “in daily playtesting mode right now: polishing, balancing, and making the best possible Battlefield game [it] can”.

“I can tell you it is a bold step. It has everything we love about Battlefield – and takes all of it to the next level,” Dice general manager Oskar Gabrielson says. “Epic scale. All-out military warfare. Crazy, unexpected moments. Game-changing destruction. Massive battles, packed with more players and mayhem than ever before. All brought to life with the power of next-gen consoles and PCs.”

Gabrielson also says the next Battlefield game has four EA studios working on it, making it the largest team ever for a Battlefield game for console and PC. Criterion and Dice LA are working with the team on a “shared vision for the game”, while a team in Gothenburg is working on the technology side of things.

We’ll have to wait and see what EA has up its sleeve, though a recent leaked survey implies we could see a battle pass, incremental map updates, and some free-to-play elements, which is pretty on-trend for the industry right now.

Those of you with phones – you all have phones, right? – are also getting a Battlefield mobile game in 2022. Gabrielson says it’s a standalone experience and is now entering a testing period before launching next year. If you’d like to find out more, our pals at Pocket Tactics – who all have phones – have the lowdown.

For more of the best FPS games, you know where to click.