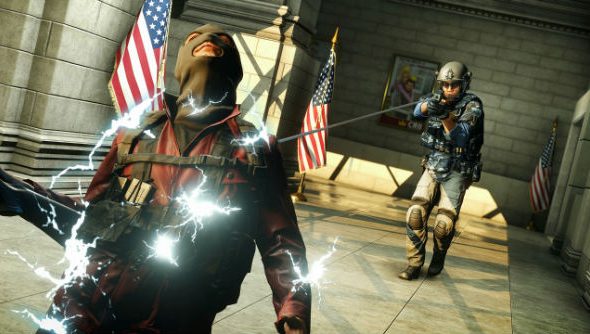 Dust off your carbine, wax on your sports car and dry out your blood money – competitive matchmaking is coming to Battlefield Hardline.

Is Battlefield your most prefered FPS franchise?Here’s our favourites.

In a blog post, EA confirmed the update will land later this month alongside Hardline’s Getaway DLC free-of-charge with new weapons, patches, and the chance to play competitively in tow. Maps and modes from the base game and its expansions will be subject to matchmaking murder where players will compete in a Standard League and a Premium one – the latter of which is reserved for Premium members.

“It’s called the Competitive Match system, and it opens up the ability to compete in skill-based 5v5 matches, with regularly refreshed seasons, leaderboards, and winners,” states the post. “In Competitive Match, play is organized into two to three week-long seasons; each season features a themed map/mode rotation created by Visceral.

“Do well, and your Skill Rating will go up. Do poorly, and… yeah, it’ll go down.”

This “Skill Rating” of which EA speaks ranges from the floor-sweeping Cadet, to the top-ranking, order-dictating, head-honchoing Elite Gold Captain, and will get recalculated by the end of each match.

In turn, players can face-off with equally matched opponents and in their quest to top the leaderboard. Make the top five by the end of the season and you’ll be treated to an “exclusive upgrade” to yer Kill Card. Nice one.

Alongside Hardline’s recent Getaway DLC announcement, has the thought of competitive matchmaking got your Battlefield-fuelled engines purring?