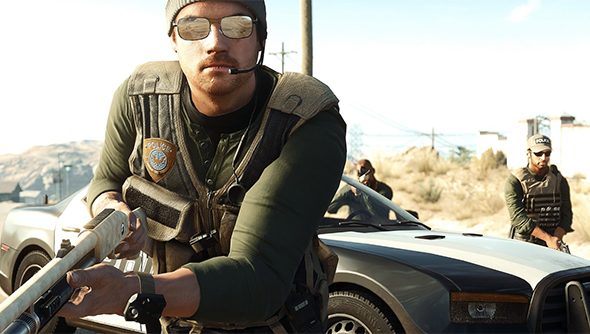 If you’ve got a copy of any one of the three most recent Battlefield games, EA has got a lovely little care package waiting for you in the upcoming Battlefield: Hardline.

What even is a battlefield?

The Veteran’s Pack includes one in-game Veteran’s Patch, one 200% Objective Boost and one 200% Teamplay Boost. Both boosts can be triggered just once and last for half an hour. A small token of EA’s appreciation for your long-standing custom.

To redeem the reward, players need only have an Origin account. If you own any of the three aforementioned games on any platform, the Veteran’s Pack will be available after logging in to Hardline. And if you don’t, the offer’s open to anyone who wants to go ahead and purchase one of those three games at any point. Nobody will have to know you’re notreally a veteran.

EA also woofed up some neat stats: chief among which was that Battlefield Hardline attracted seven million players. The shooter launches on March 20th on PC.