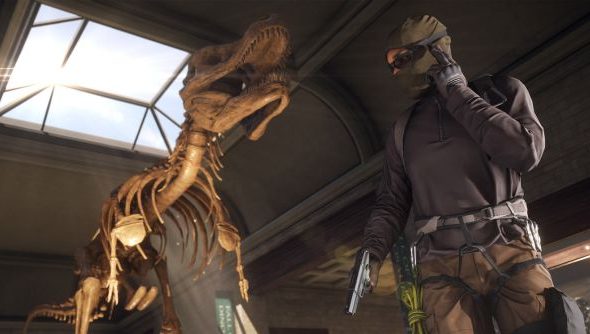 The second expansion for Battlefield Hardline has been announced and is focused on the new 5v5 Squad Heist mode. The DLC, called Robbery, brings four new maps, more weapons and vehicles as well as new cosmetics. There’s no official footage yet, but here’s all the details.

Squad Heist tries to combine the teamplay of Battlefield 4’s squad rush with the aesthetics and theme of Hardline’s cops ‘n’ robbers feel. On each map the criminals will have to break into two vaults and then escape with the loot from inside. Their game over condition is tied to respawn tickets, which are granted after each successful objective.

The devs say they think it uses all the elements of Battlefield Hardline, particularly those in Robbery, better than any other mode. You can see for yourself in September if you’ve got Premium membership, slightly later if not. The first DLC, Criminal Activity, was priced at just under £12, so expect similar here.