In the years since Battlefield 3, and especially since the launch of Battlefield 1, DICE’s first-person shooter series has substituted silliness for seriousness. Battlefield 5 bucks the trend a little by establishing a robust blend of old and new. The sandbox of destruction that defined the Bad Company years now finds equal space alongside the slick UI, fluid animations, and sharp gunplay of recent Battlefield games. It’s a vast improvement on Battlefield 1’s warped interpretation of World War I, but it’s held back by one exceptionally tedious new mechanic.

For even more on the upcoming WW2 shooter, here are all the latest details on the Battlefield 5 release date, setting, and battle royale mode.

The culprit is the new Bleeding Out phase, which removes the option to hurry back to the deployment screen and respec ahead of your next life. Instead, you remain in the first-person perspective, bleeding out on the floor and screaming for a medic to wander by and save you – which, of course, never happens. If you are revived it’s seldom worth it: you have the same amount of ammo you died with, you are often in a pretty hairy situation, and, worst of all, if you die again you’ll be forced to endure the same tedious Bleeding Out phase all over again.

Previous Battlefield games let you hop back to the deployment screen and make key loadout changes or switch your spawn point all while the necessary respawn timer counts down. So while it doesn’t necessarily take longer to die and respawn in Battlefield 5, the process feels much more laboured than ever before. This sounds like a minor gripe, but when you consider just how much time you spend downed in an hour-long match of Conquest, these gory intermissions are a real problem. 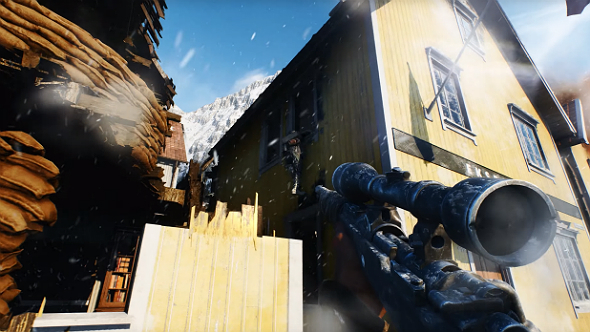 Elsewhere, Battlefield 5 impresses in all the usual departments. Somehow, DICE has eked even more destructive fidelity out of the Frostbite engine: thick shelves of snow slide off rooftops if you pepper the building with high-calibre fire. Inside a besieged building everything from wicker furniture to crockery explodes into smithereens creating a cacophonous clatter with every tank shell and MG strafe. The new Fortifications system means you can replace walls with sandbag defences, allowing you to bolster your position every time you successfully fend off an enemy squad. I spent half an hour battling it out in the same wood panel house, barricading windows, rebuilding walls, and camping in corners to maintain a hold on a key flag point.

New movement animations are another major improvement and help speed up the pace of gameplay. You can now crash through windows in one smooth movement, allowing you to escape a soon-to-be-annihilated building easily, and in style. Going prone is less gruelling, too – there is almost no gun-down time, so you can transition from sprinting to prone, and back to sprinting in one smooth movement. The upshot of this is that classes like the support are much easier to move around, which in turn means you can try out different placements without the sense that you’re wasting valuable time with every setup. 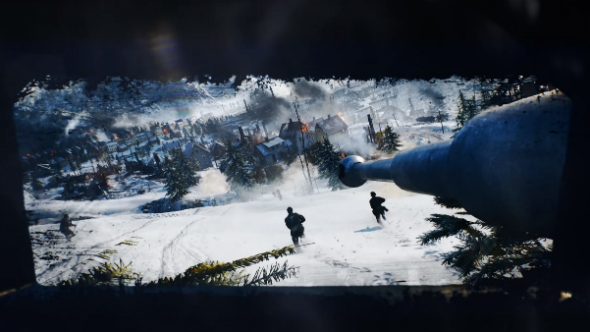 Almost every change in Battlefield 5 continues the series’ gradual shift towards fast-paced gunplay. This is probably why the new Bleeding Out phase stands out so much. It’s the one time where gameplay grounds to a halt and feels like a punishment for getting stuck into skirmishes. There are heaps of minor niggles, like a busy UI, garish medal animations, and overbearing weather effects, but the core of Battlefield 5 is a major step forward for the series.