Battlefield V is now in the hands of players with Origin Access so it’s time to dive into some of the thornier issues surrounding DICE’s sequel. The studio has been criticised by some players for compromising on historical accuracy in its attempt to increase representation. The focus of the criticism is the inclusion of women in the single-player campaign and in multiplayer.

There’s also a lot left to learn about ‘The Last Tiger’, a story vignette that places you in a fatigued, broken German tank crew, all of who are questioning the dogma that led them to war. And then there’s the ever-present risk of tonal disconnect that comes from lumping a campaign that puts the horrors of war alongside a multiplayer mode full of silliness like this – an issue that Battlefield 1 also had to navigate.

We spoke to franchise design director Daniel Berlin at the Battlefield V review event, and put these – and other – difficult questions to him.

PCGN: Why did you choose to tell these stories?

Daniel Berlin: We wanted to create feelings of despair. Like there was no hope. I think videogames can be lots of things, but I’m really interested in where we can take games with that kind of serious tone. I’m especially proud of The Last Tiger, which isn’t out yet, but which came about because of the Battlefield 1 tank story Through Mud and Blood.

That was the story that was received the best in that game, and so we wanted another really strong tank story this time. It just seemed obvious that we’d go with the Tiger, which was the tank of tanks during that era. It was for tanks what the Spitfire was for airplanes. They were so powerful that American troops were told that if they were to see one on the battlefield, not to shoot but just retreat. And, of course, in talking about the Tiger, it meant that we were going to talk about the German forces. It was extremely important to us that it wasn’t a hero story in any way.

And how have you done that?

Well, not wanting to spoil the story… I can say that it does contain multiple characters with multiple differences of opinion. You follow them, at the very end of the war, as they’re questioning what led them to that point. What were the reasons why they ended up fighting. I think some interesting things come out of that. I think the most interesting characters are the ones that have shades of grey. If a character is just evil, there’s nothing really left to say. 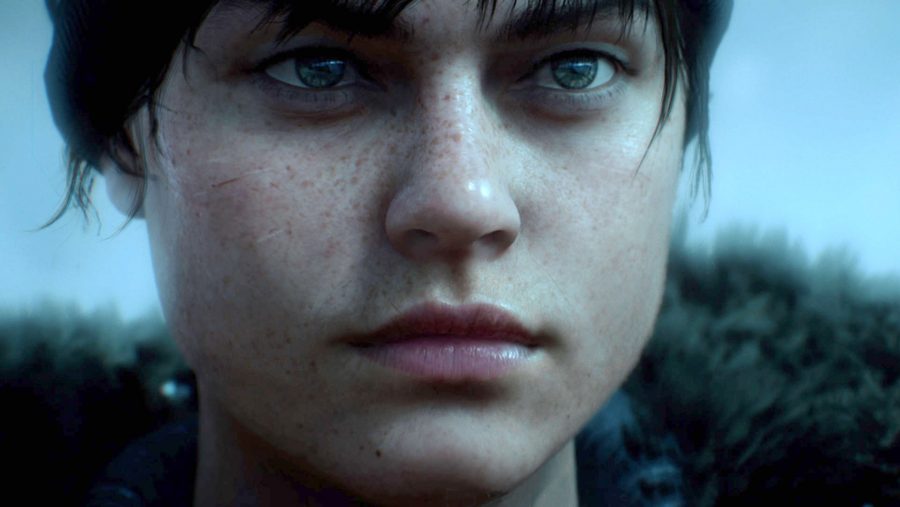 Something that caused a lot of fuss among players is the decision to include women. Why was it important to the team?

You can be a tank, you can be a plane, you can play stealth, you can play recon – and that’s why the customisation system is so important to us. And so it would then be weird if we were to say, ‘yes, but you have to play as this person’, right? Our mentality is ‘be who you want to be and play how you want to play’, which is what led to the decision to include the women in the game.

At a time when your competitors are dropping single-player campaigns altogether, what keeps DICE making War Stories?

We had the discussion, but it comes down to a couple of things. One, I still think there are people who like single-player campaigns. And two, we really like War Stories. Making them drives passion from the team. That’s good for the product as a whole. It gives the team something that improves the whole of the game.

If we decide to have an airplane game, we have to think about what emotions we want the player to have, what music should be in there, what type of voices. And by making those decisions for the single-player narrative, that bleeds into the multiplayer and the rest of the game. It gives us so much. 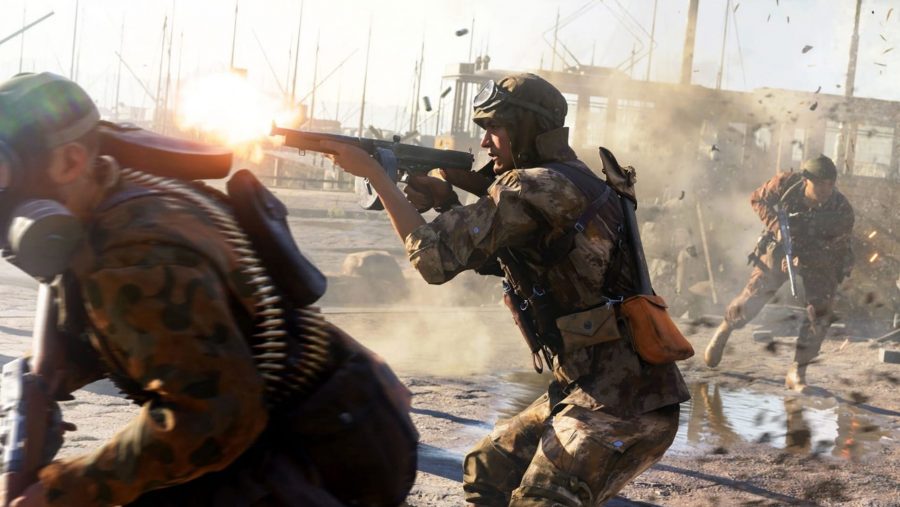 What’s the most significant change long-time Battlefield players will notice in Battlefield V?

Well, I’ve worked on Battlefield since Battlefield 4, and what we all really wanted to do, when we were thinking about where we had been and where we think the franchise is going to, is we wanted to update the core gameplay loop. In particular we felt the weapons needed a complete rehaul, although a lot of that work started with Battlefield 1.

I assure you, if you play effectively within a squad, you’ll always do better

We wanted to make sure the weapons were skill-based. In this game, shooting isn’t as simple as aiming at the target and pulling the trigger. Some of the weapons are a bit freaky to use. Some of them have a high recoil. But you can now use your skill to mitigate that recoil. There’s skill to everything you do now. Nothing is random. And we were also really interested in how we could make the game more immersive. I’m biased, obviously, but I think we’ve got one of the best, if not the best, audio models in the entire industry.

Why focus on that?

There was a lot of feedback, but also the feeling in-house was that, because we’re doing a live service, we needed to make those changes. All successful live service FPS have a high skill ceiling. We want players to be able to kick it up as they play. And there are other changes. You don’t automatically regenerate to 100% health anymore. You carry your own health kit and you have to decide when to use it. And you only get one, so beyond that, you have to hope one of your medics will replenish you or you can find a supply station.

That adds more of a planning momentum to how you play, which I think is a return to the roots of Battlefield, where there was almost a light version of an inventory menu. Same with ammo. You always have to think about your ammo in Battlefield V because there isn’t all that much of it. We want people to play more as squads. People who do, will do better. There’s still ways to lone wolf, yes, but I assure you, if you play effectively within a squad, you’ll always do better.