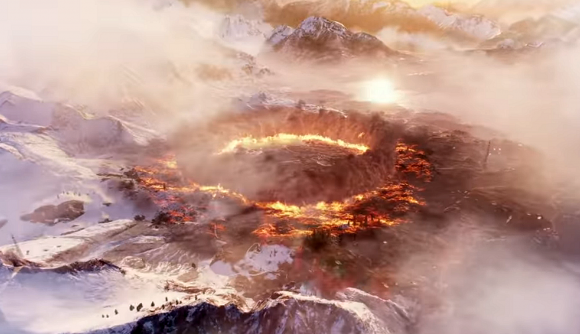 Battlefield V’s battle royale mode, Firestorm, will not launch until spring 2019. In an announcement earlier today, the game’s developer, DICE, announced that the new mode will release alongside the game’s third Tides of War chapter, set in Greece.

The mode, which DICE first announced at E3 earlier this year, doesn’t have a precise release date at this point. For a while, it was safe to assume that it’d be available alongside the rest of the game when it launches in November. Earlier this afternoon, however, DICE and EA posted an announcement that confirms Firestorm won’t be available until March.

The announcement breaks down each of the game’s first three Tides of War expansions. The third of those, which DICE says is “starting in March,” takes the fight to Greece, but will also introduce Firestorm to the game. “During spring, DICE and [Burnout developer] Criterion start the fire with Battlefield V’s battle royale. Firestorm elevates the mode by bringing in the best of what Battlefield is known for. Mix a shrinking playing field with trademark Battlefield elements such as team play, powerful vehicles, and destruction.”

How Firestorm holds up in comparison to other battle royales is yet to be seen, but there’s no denying it’s coming very late to the party. Call of Duty: Black Ops 4 released earlier this month, bringing its own highly-acclaimed take on the mode with Blackout. The delay from DICE means that Blackout will have almost a six-month headstart on its closest rival.

The Battlefield V release date is still a few weeks away – you’ll be able to head to DICE’s latest take on WW2 from November 20. It’ll be a good four months before you can try out the battle royale, of course, but it looks as though there’ll be plenty to keep you busy until then.