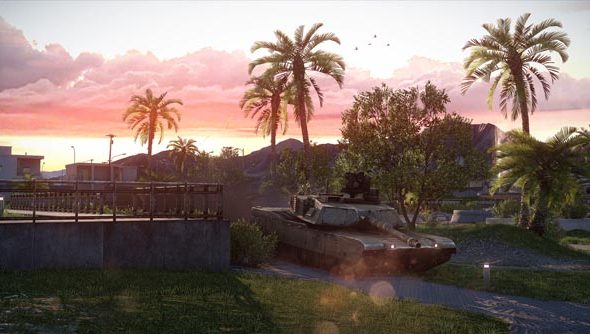 Looking at the handy little release schedule chart DICE have deemed necessary to draw up simply to answer the question, “So when’s Armored Kill out, then?”, it feels like we’ve just arrived at check-in and everybody not named Bog Standard PC has bought a priority boarding pass.

If you’re a Premium member on PC, you can look forward to September 11th, and if you’re a Premium PS3 type, the DLC’s practically on top of you already, temporally speaking. But for poor old Bog, Armored Kill isn’t arriving until September 25th, a whopping three weeks after Sony’s cronies get their shiny, ebony paws on it.

Our Jules translated a seven-minute video preview of the DLC and concluded that the DICE’s upper management are kept alive on a diet of human pâté, or something. You’d have to ask him.

All I know is the official line: Armored Kill features four maps geared for vehicular warfare – one of which is the largest in Battlefield history – as well as a new Tank Superiority mode and a garage-worth of wheeled friends with related unlocks.