We’ve not even got our hands on a preview build of Battlefield 4 and it appears that the first DLC pack has been revealed. I say appears because people on the internet love to come up with their hoaxes and this could well be one of them. But, if the images below are to be believed, the first DLC pack for the next Battlefield game will be called Drone Strike. 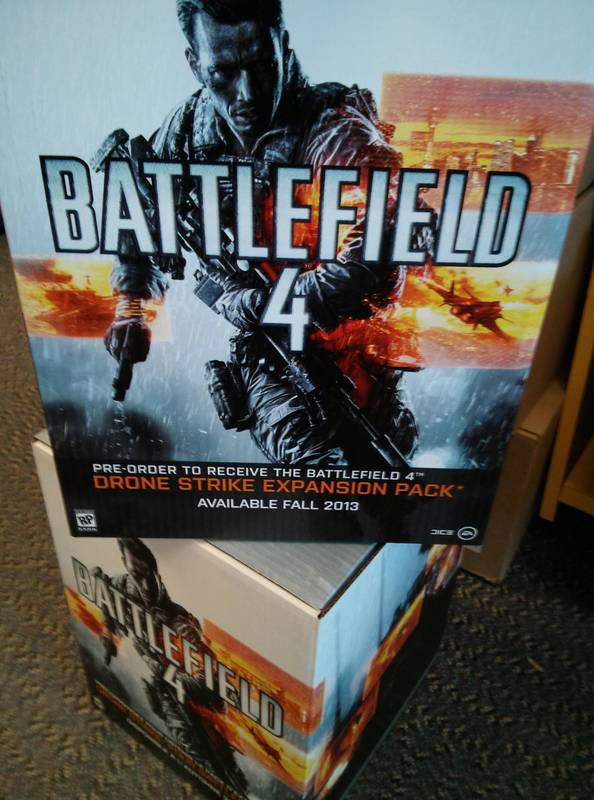 I mean, it could be legit. It’s printed on cardboard which is beyond the capabilities of most home printers so that at least rules out the hobbyist hoaxer. Then there’s the fact that it has all the right logos on it – DICE, EA, ™ – which rules out the incompetent hoaxer.

We’ve reached out to EA for confirmation.

Thanks to Neogaffer Raven 77 for the spot.