Last night’s Battlefield 4 trailer was a tour de force for technology. It demonstrated the best fireballs ever put to pixel. It has a factory that falls out of the sky, and a bit where the sea is bucking so hard you can imagine a little bit of sick rising to the top of your throat. As a demonstration of what games can show you: it is amazing.

But it didn’t work. I think you’d struggle to find anyone who super enthusiastic about shooting some AI men in the face over the course of a six hour explosion. As a demonstration of what games can do: it’s a flop.

Apologies if I sound like a self indulgent whining shitbag. I’m trying not to.

First-person shooters have been the bedrock of PC and console gaming since Doom. Technological progress is judged by the beauty and power of the landscapes they produce. And there is something vastly primal about what they entail: using a mouse and controller to place a cursor over a mans face, and clicking until they fall over.

But that’s simply not enough to hold my attention any more. 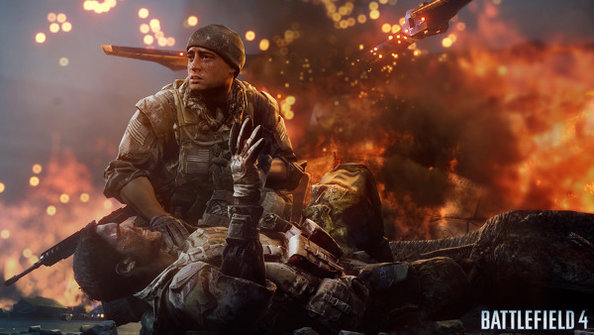 The best single player first-person game of the last few years, in my opinion, is Dishonored. I’m playing it at the moment, alternating with Bioshock Infinite. In my head, I had them both down as fairly similar games; first-person shooters that require you to think, explore and plan.

But that’s not really true. Dishonored doesn’t really do shooting. Via the blink and slow-time abilities, your movement becomes both your most powerful weapon and the game’s most exciting mechanic. Choosing where you want to be, and how you get there is the point and the reward of Dishonored. The game goes out of it’s way to make you think harder about how you move. Pulling the trigger isn’t celebrated. In fact, the most coveted achievement in the game is to make it through without killing a single person.

You could shoot your way through Dishonored, but if you did, you’d discover that shooting is about a third as fun as playing with stealth.

Meanwhile, Bioshock doesn’t really do planning. I’m less satisfied with Bioshock Infinite. It is an astonishing piece of entertainment, but I’m just not enjoying the bits where I’m fighting. Exploring Columbia, discovering and unearthing the intricate backstory, feeling that place… it’s a wonderful thing. I’m staggered by this place; of the bravery of its themes, the wit in which it skewers moral absolutism. There’s an amazing bit half-way through in which workers are bidding for menial work and… oh just play it.

As soon as the shooting starts and the crosshairs appear, I start to deflate. 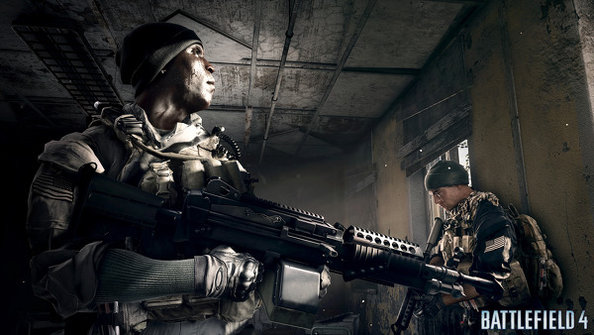 When I’m shooting, I’m not enjoying the place, I’m simply focused on being as efficient as possible within a confined space. When I’m shooting, it doesn’t matter that the column I’m hiding behind is draped in parody. It’s just that it provides cover.

In Bioshock Infinite’s combat, the basic mode of interaction is to point your ironsights at a baddie and click until they fall over. You’re aiming for headshots and weakspots, or both. The vigors, I’ve found, don’t really expand the scope of combat. Yes, I can fire crows from my fists. But what is a crow but a guided rocket launcher with a peck attack?*.

I’m not saying Bioshock Infinite is a bad game. It’s really not. It’s an astonishing hive of ideas and smarts. My frustration comes from the fact the mechanics don’t offer the kind of complexity or depth that I see in the world-building. I crave more than headshots and hitpoints.

Which brings me back to Battlefield, via Call of Duty.

There’s a fundamental problem with modern war games; shooting is just too efficient an interaction to entertain me. I click, they fall over. It’s such a simple mechanic, you can practically see game designers frantically throwing stuff at the screen to distract your attention. 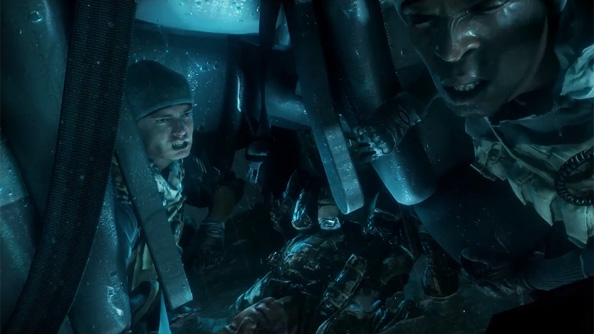 Let’s add a cover system. Let’s try a flank and attack. Bullet time? Motion trackers? Tagging? Air strikes? Drones? Semi-futuristic robots you control from a screen somewhere in Washington? All of the above?

This is where Call of Duty increasingly suffers. By Call of Duty 2, the gunplay had been perfected and Infinity Ward understood the careful balance that exists between pushing forward, and being pressed back. They scripted the perfect weight of enemies to impede your advancement. By Modern Warfare, they seemed to have realised that men to shoot at and the guns to do it simply wasn’t enough – in the process they created the game’s most memorable moments: crawling through the grass as a sniper in Chernobyl, supporting the troops from a AC130, fleeing a nuclear weapon. That series is now at its most memorable when the guns are put away.

Elsewhere, the best fist made of adding more than just shooting to a war FPS was Brother’s In Arms’ cover-system: but even that felt like an artificial crutch. Funny how it takes a couple of hits with a BAR to take down an enemy, unless they’re suppressed.

At certain points in the Battlefield 4 demo, it looks like you have a similar ability: you can point at the bad men and make your helicopter and the man with a machine gun shoot back at them. That’s sorely needed. But I’m not sure it will ever be enough.

I’ve played enough modern warbangs to see through Battlefield’s pyrotechnics. Impressive as they are, I don’t see the carnage, and the skill or the art any more. That’s what movies are for. Instead, I see the crosshairs and the cover and the direct line to my next objective. And I know that it’ll be over in a few hours, and nothing I do between the checkpoints will make a difference to what happens next. I’ve reached the end of my tether with single player military FPS games.

I’m sure the multiplayer will be dead good though.