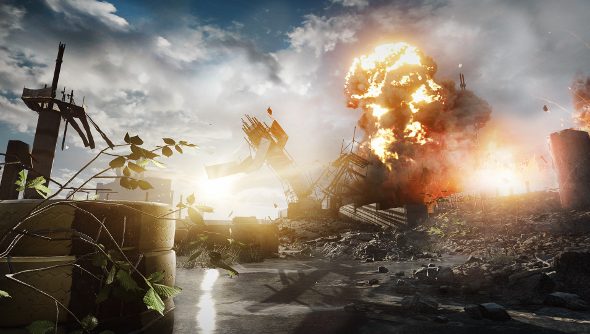 Battlefield 4 has had a shaky start, and its first chunk of DLC, China Rising, seems to be sticking with tradition. “While exploring new battlegrounds in the Battlefield 4 expansion, China Rising, you may run into an occasional hiccup, issue, glitch, or problem that could interrupt or prohibit your gameplay,” says EA, before going on to tackle some specific problems in a recently posted troubleshooting guide.

If you’re a premium member, netting you access to China Rising before December 17, but can’t access the content, you’re out of luck, as EA is still investigating an issue that’s causing the release date to remain the same for some, regardless of their premium status. If you have managed to get into the DLC, you might not be out of the woods yet, though.

Some players are getting kicked from games mere seconds after they join them, which would no doubt hamper one’s enjoyment of the new content. A fix is being worked on, but EA warns that “This fix will take some time to be fully completed, but players should be noticing normal gameplay behavior soon.”

Of course, it may be that most players are encountering no issues whatsoever, and EA’s just providing information for the few that are not so lucky, much in the same way that innocuous medicine has warnings that it may cause you to go insane and eat your children just because that happened to one already crazy person a decade ago.

So, how’s it been running for you lovely lot?