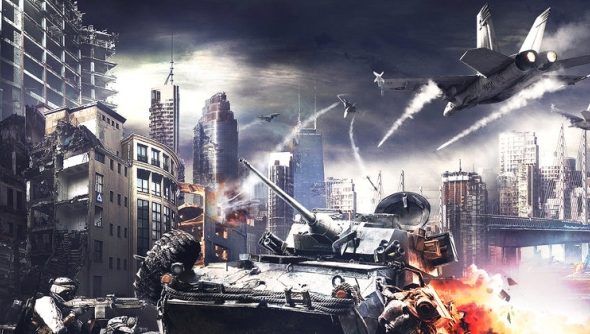 Capitalism thrives on war, the cycle of creation and destruction that has propped up the Western economies for generations. It’s strange, then, to see that addiction-to-destruction paralled in games and the two big Western game publishers relying so heavily on it. We’re all aware that Activision makes money from nothing but World of Warcraft and Call of Duty. But this week, EA’s financials have shown that Battlefield 3 has taken prime position as its digital cash cow.

What’s impressive is that the game only sold just over 12 million copies (at the last published count – and we don’t know how many it sold on digital – but EA said it should have sold over 18 million by the end of 2011), so more than half of those people are still playing the game, six months later. That’s despite the server problems at launchand despite having 3.5 million people pirate it in the three months after launch.

Overall revenues for Battlefield 3 must top $700 million from game sales alone, excluding DLC. Of course, EA still makes money from other sources – it forecast $4.3 billion in revenue for the year and its overall digital income has doubled since the same quarter last year – from $211m in Spring 2011 to $419m in Spring 2012, with over $1.2bn over the whole year. The main draws were Mass Effect 3 and FIFA 12, with a large console focus on those. Indeed, Battlefield itself probably draws as twice as many players from the console side as it does from the PC side.


If you factor in that the Battlefield series has sold 50 million copies during its lifetime, we’d estimate the total amount of gross revenue EA has made from us to be around $3 billion. How many game series can say that?
{"schema":{"page":{"content":{"headline":"War Chest: The Battlefield Billion","type":"news","category":"battlefield-3"},"user":{"loginstatus":false},"game":{"publisher":"Electronic Arts","genre":"","title":"Battlefield 3","genres":[]}}}}