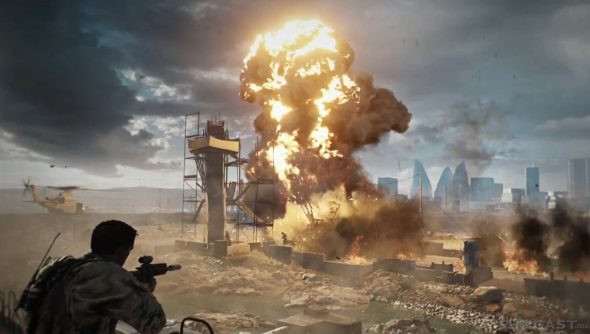 EA is now facing not one, but two class action law suits against it in regards to DICE’s struggling Battlefield 4. Much like the first law suit, this new one being made by Robbins Geller Rudman & Dowd LLP cites the drop in share value as the reason for the investigation and claims that some officers violated the Securities Exchange Act.

Sales and performance projections made by EA before the release of Battlefield 4 have been brought into question. The projections made before the launch inflated EA’s stock, the suit claims, and allowed EA executives to sell stock at artificially inflated prices, and then the price of the shares fell amid the revelations of the game’s many, many problems.

EA is also being accused of misleading investors by hiding or misrepresenting negative facts about the game, most notably its bugs and the connectivity issues. The law suit is on behalf of all purchasers of stock during the “class period”, which covers July 24, 2013 to December 4, 2013, the period in which EA’s stock fell by 28 percent from its class period high.

It’s not been a good month for EA, DICE or Battlefield 4, with two law suits, the developer dropping everything to fix the game and a huge loss of goodwill from gamers who have been unable to enjoy much stability. All in all, it’s been a massive cock up in the surprisingly long list of big failures this year.