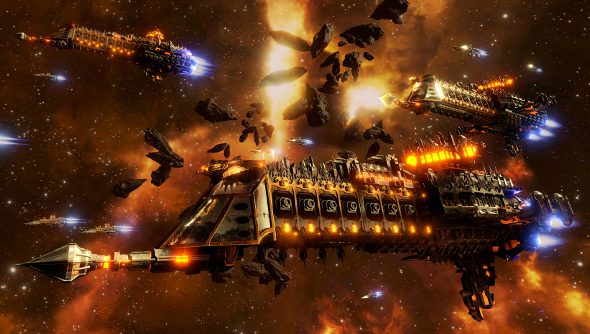 Games Workshop seems to be making deals left, right and centre, as yet another of the company’s tabletop games is getting a PC adaptation. Focus Home Interactive and Tindalos Interactive, whose RTS, Etherium, launches soon, are developing Battlefleet Gothic: Armada, based on the naval tabletop game set in space.

We’re talking gargantuan gothic cathedrals covered in laser cannons, floating in space, people. Imagine walking up to Notre Dame and, all of a sudden, getting blasted into oblivion from a broadside attack.

Each vessel can be customised, from nimble wee frigates to the city-sized battleships. Weapons, subsystems, defences – they can all but upgraded, but only if the ships survive the RTS battles. So it’s persistent, too.

Expect more details soon, but in the meantime, look at these ludicrous ships. 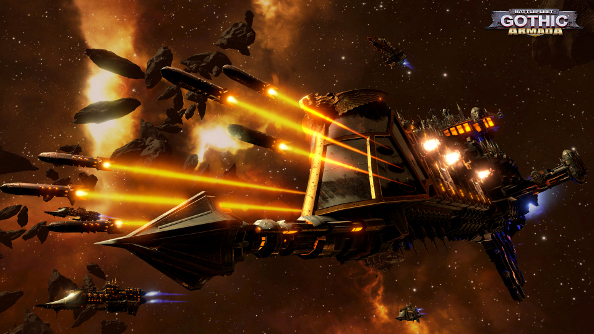 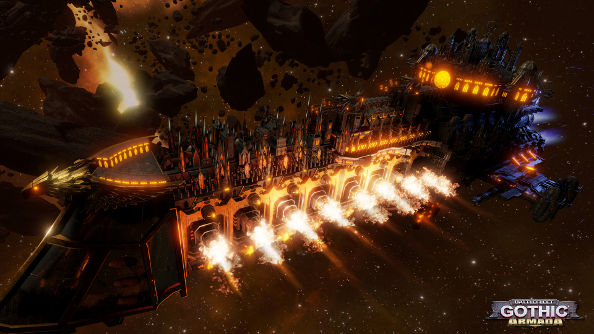