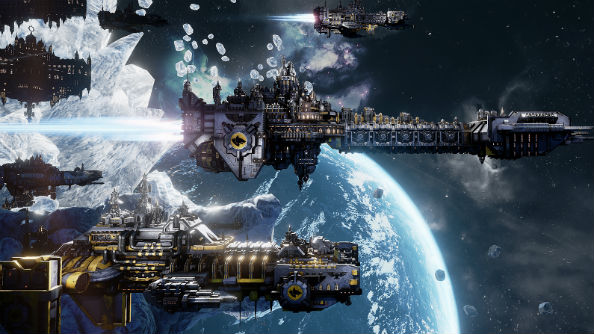 In the name of giant, ridiculous spaceships with cathedrals strapped to them, rejoice! Screenshots of the upcoming Space Marines expansion have been released, and they look as hulking and colossal as you could possibly want them to be.

For more careful planning and tactical plays, check out the best strategy games on PC.

The Space Marines DLC is set to release on June 21st and includes fives chapters that can be used in Battlefleet Gothic: Armada’s multiplayer mode: Ultramarines, Imperial Fists, Blood Angels, Dark Angels and Space Wolves. The screenshots are of the Dark Angels and Space Wolves chapters – both look suitably stonking and are respectively pictured below. 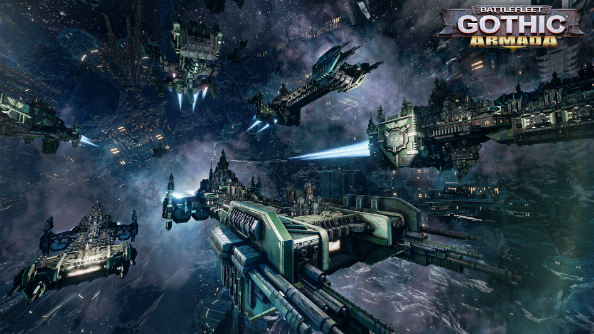 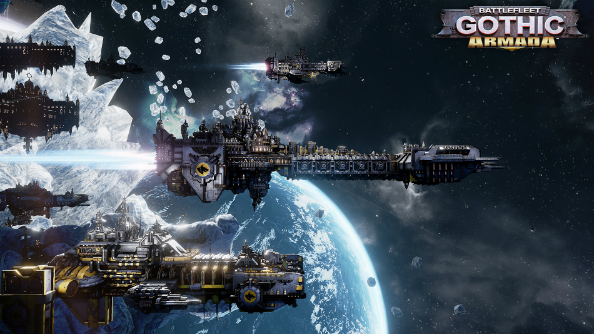 The Space Marines fleets will fulfill a close-range role in the game, with ships boasting strong armour, and aggressive boarding abilities. The Space Marines will also sport two faction traits – one allowing them to prioritize attacks on separate subsystems while boarding, the other granting them immunity to insubordination.

Anyone who purchased the Early Adopter edition of the game will receive The Space Marines DLC and the currently in development The Tau DLC for free. You can still buy that version until Space Marines comes out, so if you’re planning on getting it, heed that advice.