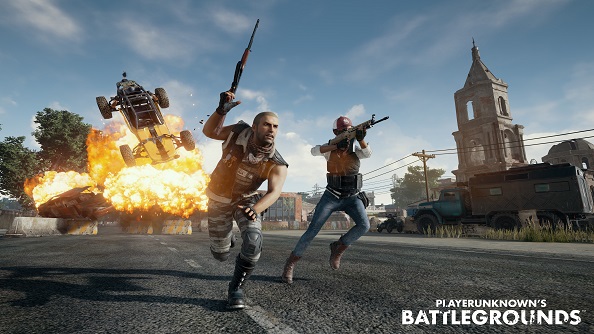 Heavily inspired by the iconic series of the same name, recreations of Battle Royale tactical skirmishes are gaming’s current flavour of the month. Brendan Greene, creator the Battle Royale mod for ARMA 2 and 3, and consultant to the H1Z1: King of the Kill game mode, is hoping to create the definitive deathmatch experience with his new game Battlegrounds.

Dropping 64 players onto an island where their sole objective is murder, they’ll have to scavenge in order to find items, weapons and the occasional vehicle. As is customary in the genre, the playable zones will shrink over time, forcing players into conflict in the remaining safe areas until one man/woman/cold-blooded killer is left standing.

We’ve got 5,000 codes for the closed beta to give away, which will start on Friday 24th February, and run every weekend until Sunday 19th March (more information on the server schedules can be found here), and all you need to do to win a key is enter using our widget below.

If so, you’ll be given a code to redeem on Steam. Just click the ‘Add A Game’ button at the bottom of the Steam client window, and ‘Activate a Product on Steam’. Follow the instructions, download the game, and get playing!