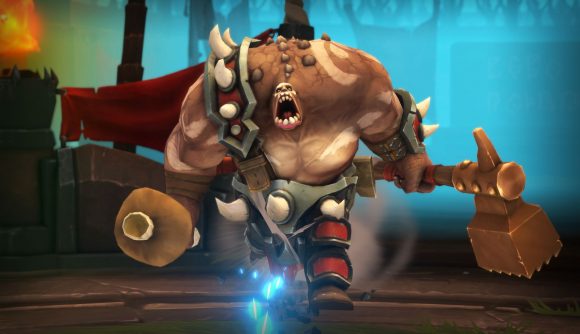 The next season of Battlerite may be the last. Due to declining player numbers and diminishing returns on investment, developer Stunlock Studios says that the next set of updates “will be the last we have planned for the foreseeable future.”

In a blog post published last night, Stunlock said that “we will be scaling back on development, and things will be changing moving forward. With the state of the current playerbase we’re no longer in a position where working on Battlerite and Battlerite royale are sustainable as main projects for the studio.

A quick look at SteamCharts would seem to back those claims up. While Battlerite peaked at nearly 45,000 players in November 2017, those figures dropped off significantly, and have been on a steady decline since October 2018. In June, Battlerite peaked at just 905 players, while cunningly-named spin-off Battlerite Royale stumbled to a peak player count of less than 250. Stunlock says that as a result of those numbers, they’ve seen “diminishing returns on all of our latest gameplay changes and marketing campaigns.”

That means that “Battle Season 3 and the associated Battle Pass will be the last that we have planned for the foreseeable future.” While Stunlock says that it’s “exploring ideas for development after Battle Season 3, and will announce any potential plans closer to the end of the Season.” Whatever happens, the game’s servers are set to stay online.

It’s a shame, as both Battlerite and Battlerite Royale seemed like a lot of fun. They both carved out something of a niche in their respective, but I fear that they may have arrived too late to hold onto players for long enough to establish themselves. Stunlock isn’t closing the doors on its games completely, so hopefully there’s some life in Battlerite yet, but I’ll be interested to see what the developer comes up with next.